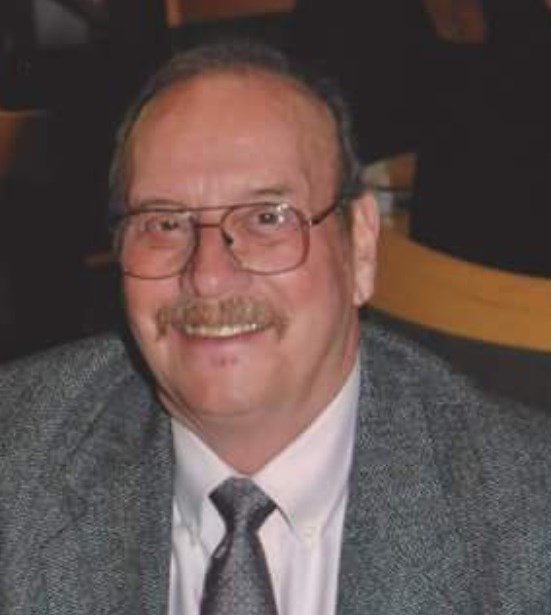 John Francis Ehrgott came into this world on December 8, 1941, the day after Pearl Harbor and passed away peacefully at home on July 21, 2018 after a 4 ½ year battle with lung cancer. He is survived by his wife, Sharon, and sister Mary Alice Boden (George) and many nieces and nephews. He was preceded in death by his parents, John F. and Adeline Ehrgott and sister, Terry Grimes. John attended Most Holy Trinity High School in Brooklyn and following graduation enlisted in the Navy. John loved the Navy and loved being at sea. He was stationed aboard the air craft carrier, Essex and worked in aviation electronics. During his service in the ‘60s, the Essex was on the way to Guantanamo for maneuvers when they were pulled into the Cuban missile blockade, and he was in the Indian Ocean when President Kennedy was killed. On November 13, 1964 following his service, John married Evelyn Lewis and moved from New York City to Good Hope, Illinois. In New York there were more people on his block than the whole town of Good Hope. John attended Spoon River College and went on to the University of Illinois, graduating with a EE degree with computer specialty. He worked at Grumman Aerospace and Martin Marietta in Denver, then moved to San Jose California and worked for Memorex. When John and Evelyn decided to separate, he moved to Castle Rock and over the course of his career worked for Digital Equipment, Connor Peripherals, Logistics, Apple and Sanmina SCI. He “retired” several times, and people kept calling him to come back to work if he was tired of the vacation. John and Sharon were married on July 7, 1990. Thereafter, on the 7th of each month, John would send Sharon flowers. Mexico was a favorite place to travel, and fortunately, they made one more trip at the end of April to Cabo San Lucas. He will be most remembered for his kindness, sense of humor and upbeat outlook on life. When he was diagnosed with cancer in January 2014, he told his best friend, Mike, that it was another adventure. Mike said “are you nuts? You have cancer”. John’s response was some adventures are good and some not so much. He always found a way to make people laugh and will be missed more than words can say. He will be loved forever. God Speed on your biggest adventure, John! In lieu of flowers donations may be made in John's name to the charity of your choice or to the Fraternal Order of Eagles (FOE 3947) to be used for whatever charities they are working on or the building fund.
See more See Less

In Memory Of John Francis Ehrgott