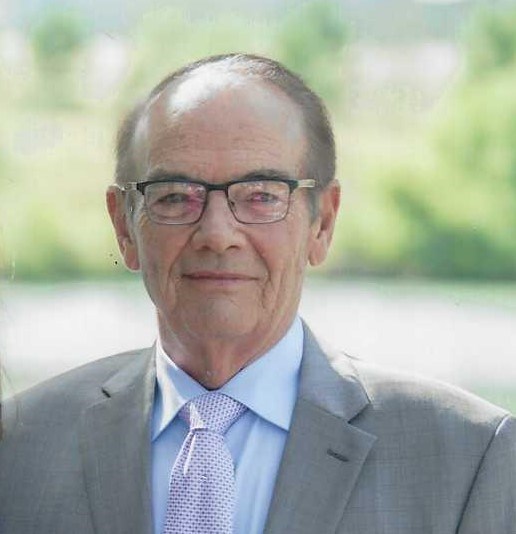 Joe was born to Jeane Elizabeth (Mikes) and Arnold Hendrick Myhra in Des Moines, Iowa on April 1, 1945. Joe often joked he was both an April Fools’ Day baby and an Easter surprise. Joe grew up in Colfax playing on the banks of the Skunk River, delivering the daily and Sunday Des Moines Register paper, water skiing at the gravel pit, riding motorcycles and working on the railroad during the summer. Joe gave credit to his paper route as an early lesson for success in business. During his early years in Colfax he developed many friendships which continued through the years. He attended school in Colfax, until he enrolled at Wentworth Military Academy where he graduated from high school and junior college. At Wentworth he attained the rank of Captain and Company B Commander, developed leadership skills and built lasting relationships with his classmates. He finished his college education at Tarkio College. After graduation he worked in sales and management for the fertilizer division of Chevron Chemical Company for 23 years. After leaving Chevron he worked for Farmland Industries and CHS for a total of 46 years in the agriculture industry where he made many longtime friends. Joe was a valued mentor to business associates, friends and family members. He enjoyed hunting, boating and fishing on Leech Lake in Minnesota, classic cars, NASCAR races, overseeing our farm land in Iowa, traveling, reading western novels and recently watching Yellowstone. He loved his family and friends. Joe was a great conversationalist who enjoyed long talks with friends and family and always had a great story to tell. He is survived by his wife, Cheryl, son Brian (Sheri), daughter Nikki (Aric) Addnesen and five grandchildren, Avery, Logan, and Austin Myhra and Jaxson and Madison Addnesen. His three brothers, Tony (Jane), Richard and Eric (Dawn) also survive as well as his nieces and nephews Lynn, Jeff, Sabin and Suzanne. Memorials in Joe’s name can be made to the Colfax, Iowa Historical Society at P.O. Box 123, Colfax, Iowa 50054. A celebration of life and Internment will be held in Iowa later in the year.
See more See Less

In Memory Of Joseph Hendrick Myhra