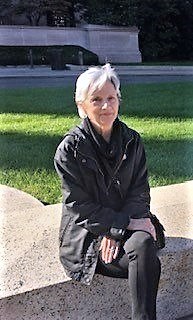 Our exceptional mother, Kathy Pardew passed away 21 July 2022 in Castle Pines, Colorado at the age of 77. Mom was born 4 June 1944 at Fort Bragg, North Carolina while her parents, LT Paul Hoffman and Sunshine Hoffman were stationed there during World War II. Returning to Jonesboro, Arkansas after the war, mom was a graduate of Jonesboro High School. While at Jonesboro High, Kathy was selected as Miss Hurricane 1963 and Miss Jonesboro 1964. She is also an alumnus of Arkansas State University. She met our father James Pardew while in middle school and married him in August 1965. This lifetime union produced three sons, Paul, Jon, and David. For 28 years, she was the model Army wife/mother to Jim and the boys. She lived around the globe, supported numerous family adventures and many military deployments. After Jim’s retirement from the military, they served an additional 15 years in the U.S. Diplomatic Corps in Washington, DC, the Balkans, Belgium and Bulgaria. The highlight of this period of diplomatic service was in Bulgaria where mom was active with the Petrovo Orphanage and Breast Health Awareness Campaign, all while fully supporting the U.S. Mission Bulgaria where Jim was the U.S. Ambassador. In her later years, Kathy enjoyed working with special needs students in Virginia and followed her passion for art that included sculpture, ballet, music, and painting. This shared passion for the arts resulted in a sizable collection that she and Jim recently gifted to Arkansas State University. She is survived by her three sons, two daughters in law, six grandchildren and her brother Henry Hoffman. She was preceded in death by Jim last year. Her funeral services are to be held at Arlington National Cemetery at a time to be determined. We are comforted by the fact that she is back with Jim, her parents and other family and friends that she deeply loved and missed.
See more See Less

In Memory Of Kathy Pardew