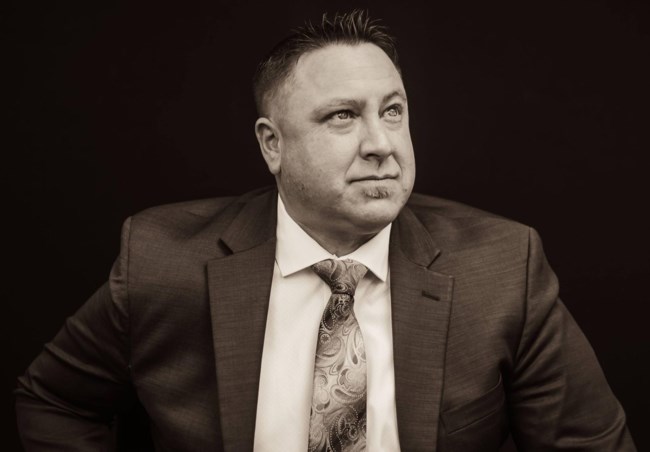 Bret Daniel Wade, age 47, of Elizabeth, Colorado passed away on Sunday, November 28, 2021. Bret was born April 23, 1974 to Bill Wade and Linda Meyer Wade. He will be dearly missed by his wife, Devin Wade; his son, Justin Wade; his parents, Linda Wade and Bill (Lou Ann) Wade; his grandmother, Lucille Wade; his sister, Elif Read; his nephews, Brody and Hayden Read; and many friends. He was preceded in death by his grandfather, William E. Wade. Bret was a man of many talents, a dreamer and an inspiration for others to chase their dreams and goals. He split his time between family, work and the community. He was always willing to lend a helping hand to others and many gravitated towards him because of his wonderfully exuberant personality and humor that would light up the room. After he was discharged from the army, Bret became very active in the American Legion and eventually started work as a Financial Services Professional for New York Life. Hard-working and community driven, Bret devoted his time as a trustee in the town of Elizabeth and volunteered at the Stampede Rodeo for 15 years alongside many other community groups in Elizabeth. A Celebration of Life will be held at the Elbert County Fairgrounds in Bret’s honor on December 4th, at 1:00 pm. There are so many lives that are forever changed having known Bret Wade. He will forever be remembered as a kind and wonderful man. We love you Bret! Fond memories and expressions of sympathy may be shared at www.olingerchapelhill.com for the Wade family.
See more See Less

In Memory Of Bret Daniel Wade