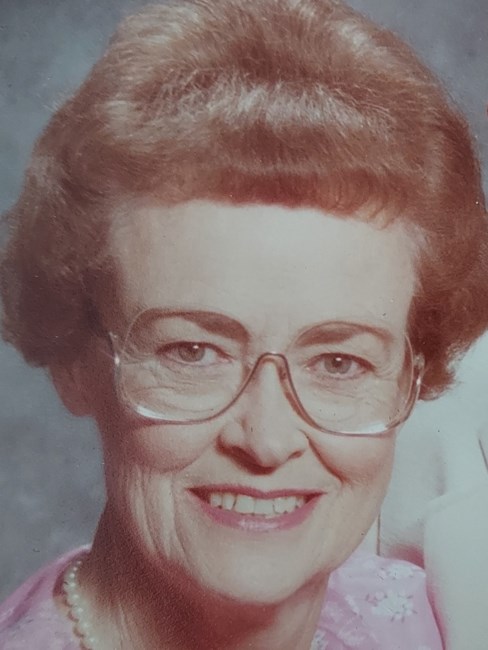 Hazel Elena Bland passed away on January 19, 2023, at the age of 101, at her home in Forsyth, Montana. Hazel was born in Hathaway, Montana on September 6, 1921, to her parents, John William “J.W.” McIntosh and Georgia Fickel McIntosh. She attended a one room schoolhouse in Hathaway Mt. until 2nd grade and later graduated from Rosebud High School in Rosebud, Montana. Hazel moved to Denver, Colorado in 1941 where she met her future husband, William “Bill” Bland, at church. Hazel and Bill were married in 1943. Bill and Hazel moved with the Army to Florida, South Dakota, and Washington State. Hazel worked on each of the bases where Bill was stationed. World War II ended in 1946 and Bill retired from the Army in 1947. They moved back to Denver at that time and Hazel took a job at Gates Rubber Company. Hazel continued to work for Gates Rubber Company for the next 37 years as a metal buyer. Hazel enjoyed fishing, bowling, exercising, and traveling to spend time with family in Montana and Illinois. Hazel and Bill lived in their home in Denver for 51 years, and were married 72 years. Bill passed away in 2015. Hazel continued to live in Denver until 2021 when she moved to Forsyth, Montana near her childhood home, to spend her final years near family and friends. Hazel was preceded in death by her husband, Bill Bland, her parents, J.W. and Georgia McIntosh, 2 brothers, John McIntosh and Arnold McIntosh, 5 sisters, Willa Dearing, Elizabeth “Maymie” Penner, Julia Walnetta Mundt, Bertha Olive Kowis, and Neva Crawford, and 1 sister-in-law, Marie Sinclair. Hazel is survived by her brother-in-law, Rudy Crawford, and many nieces, nephews, cousins and close family and friends. A visitation for Hazel will be held Saturday, January 28, 2023 from 2:00pm to 2:30pm at Olinger Chapel Hill Mortuary (6601 South Colorado Blvd, Centennial, CO 80121) followed by a brief graveside at 2:30pm. Fond memories and expressions of sympathy may be shared at www.olingerchapelhill.com for the Bland family.
See more See Less

In Memory Of Hazel McIntosh Bland