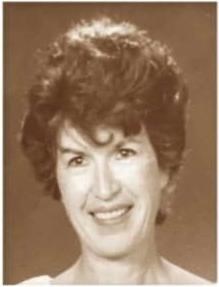 Mary was born to Elizabeth Johanna Horning and Leonard Richard Parker in Grangeville, Idaho. While she moved a bit as a child, Casper Wyoming was her home until she moved to Colorado. She graduated from Natrona County High School (’63) and received an Associate of Arts Degree from Casper College (’65). Mary began her career with the Social Security Administration in 1975 in Casper and retired from the Administration’s Denver Regional Office in 2014 with 39 years of service. Mary is survived by her daughters, Debra Leigh Rose (Jack) of Denver, Donna Michelle Markward (Glenn) of East Hampton, CT, and Dena Christine Nash of Denver, her brother William Parker (Cathy) of Casper, WY, as well as her eight (8) grandchildren and her four (4) great-grandchildren. Mary enjoyed quilting, ceramics and scrapbooking, when she wasn’t slowed down by dialysis. A Catholic Mass of Christian Burial will be held on Thursday, May 19th at 7:00 pm at the Olinger Chapel Hill Mortuary, 6091 S Colorado Boulevard in Centennial. Dessert reception will follow. In lieu of flowers the family requests donations to the Max Fund No-Kill Animal Shelter and Adoption Center, 720 West 10th Avenue, Denver, CO 80204 or The American Kidney Fund, kidneyfund.org Fond memories and expressions of sympathy may be shared at www.olingerchapelhill.com for the Davenport family.
See more See Less

In Memory Of Mary Joan Davenport