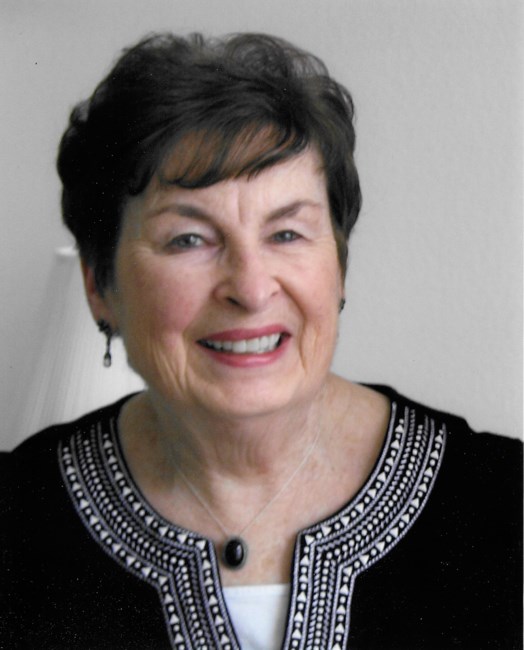 Always in our hearts. Born: July 6, 1938 in Casper, WY to Alexander MacIntosh MacLennan and Christina MacLennan Died: February 12, 2021 in Aurora, CO (age 82) 1st Marriage: June 21, 1958 to John Edward Fisher, Jr. in Casper, WY Two children: Lester John (Fisher) Ludeman, 1959 and Christina Mae (Fisher) Ludeman, 1961 Widowed: July 7, 1966 2nd Marriage: December 16, 1967 to Frank Lewis Ludeman in Casper, WY Widowed: January 31, 2007 Preceded in Death by her parents, first husband John Fisher, second husband Frank Ludeman, brother Murdo MacLennan. Survived by son Les Ludeman of Aurora, CO, daughter Chris Ludeman of Littleton, CO, step-daughter Jana (Charlie) Pniewski of Roseville, MI, step-son John (Debbie) Ludeman of Leesburg, VA; grandchildren Shaunda (Jordan) Hussung, Lexie Ludeman, Aaron and Andrew Tafelski, Charlee and Bailey Pniewski, Stephanie (Mike) Vargas and Dustin (Jason) Ludeman; great-grandchildren Jayden and Isabelle Tandy, Christian and Alexandria Hussung, Benjamin and Elliott Vargas; sister Ann (MacLennan) Bever of Cheyenne, WY; numerous nieces and nephews and cousins. Jeanette was born in Casper July 6, 1938; she was the third of brother Murdo MacLennan and sister Catherine “Ann” (MacLennan) Bever. Their parents immigrated to Wyoming from Scotland in the 1920’s. She graduated from N.C.H.S. in 1956. She attended Casper College and later Arapahoe Community College. Jeanette married John E. Fisher, Jr., June 21, 1958 and had son Les in 1959 and daughter Chris in 1961. John passed away in 1966. Jeanette found love a second time, marrying Frank L. Ludeman December 16, 1967. She was a wonderful step-mother to Frank’s children, John and Jana. She always looked forward to their visits and made sure they had as much fun time as possible. Jeanette and her family moved to Littleton, CO in 1975. She worked for Johns Manville from 1977 through 1986 where she was awarded the Most Innovative Idea Award and joined the American Compensation Association. Jeanette held several jobs over her lifetime, but was most proud of partnering with husband Frank to publish the Mining Business Digest for several years. Hobbies included writing poetry, oil painting, silk flower arranging, interior decoration, cooking, dancing, slot machines, adult coloring books, reading, traveling, and planning family gatherings. Jeanette also loved to ski, play tennis, go camping and fly fishing. She and Frank explored a lot of back country in Colorado. They also had wonderful trips to Hawaii where they went swimming in the ocean and snorkeled with the sea turtles. She loved to sing; even when the words would not come, she could still hum and whistle her favorite tunes. Her favorite movie was Monsters, Inc. She was a voracious reader of mystery, crime and romance novels; her real-life romance with Frank far exceeded any storybooks. She loved the hummingbirds outside her house, and the deer that roamed in her backyard. Her family and her friends meant the world to her. She never forgot anybody’s birthday, even when her mind was ravaged by disease. When Jeanette found out she had Parkinson’s Disease 15 years ago, she sought every reasonable medication and treatment to maintain a good quality of life. When it became clear that was no longer possible, her family enlisted the care of Berkley Hospice to provide her with palliative care and a brief window of relatively pain-free time. Her body had become a prison cell. She is finally free, finally able to dance with Frank again, finally able to sleep peacefully. Jeanette was always hopeful for a treatment and a cure for Parkinson’s Disease. Every year without fail she donated money to the Michael J. Fox Foundation. We ask that you do the same to honor her fight against this horrific disease. In lieu of flowers, please donate to The Michael J. Fox Foundation for Parkinson’s Research, P.O. Box 5014, Hagerstown, MD 21741-5014.
See more See Less