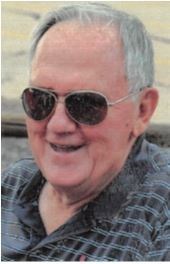 Always in our hearts

Sidney Gates, 88, died May 15, 2021. Sid was born in Newton, KS on June 21, 1932 to Eva (Hoberecht) and Russell Gates. Sid moved to a farm near Wichita, KS a few miles from the Culver airplane plant just as WWII was ramping up. From the fields of the farm, Sid watched in awe as P-38s were “rat-racing” around at tree-top level, usually one pair chasing another. Sid knew, right then, that he would fly. At 6’2” however, Sid’s first flight would be the jump shot.

Sid’s family moved to Newton, KS and by his senior year he was a starter for the Newton High School basketball team. While in high school Sid met Shirley McJilton, who asked him to the Sadie Hawkins dance. Sid went to the dance but was also seeing another girl. According to Sid: “A few weeks later Shirley gave me an ultimatum: quit dating that other girl or else! I chose Shirley: my best decision, ever.” Sid and Shirley married on May 31, 1952.

His skill in basketball landed him a full scholarship to University of Wichita, from which he graduated in 1954 with a bachelor’s degree in business. College also gave Sid his path to becoming a pilot.

While at University of Wichita, Sid enrolled in the U.S. Air Force (USAF) ROTC program. There he was introduced to aeromodeling. Sid recalled, “On my first flight, the model rolled a couple feet, I gave it up elevator, as it lifted off the ground it immediately turned left, flew straight at me, and crashed.” He was hooked.

After being commissioned as an officer in the USAF, Sid realized his dream of flying when he was accepted into the pilot training program. He graduated from pilot training and received his pilot’s wings in May 1956. He became an Air Force fighter pilot flying the F-94C as part of the Fighter Interceptor Squadron based in Rome, NY. He separated from the Air Force in December 1958 at the rank of captain.

Sid also owned and operated Tech Industries and Direct Source, computer consulting and manufacturing businesses until his retirement in 2005.

Sid remained an active modeler and was inducted into the Academy of Model Aeronautics Hall of Fame in 2014. He was an ardent tennis player until he found pickleball, which gave him a community of friends who helped fill the void when he lost his beloved wife and companion.

Sid and Shirley shared a life filled with love, laughter, and model airplanes. According to Shirley, “Best days were when Sid brought a plane back home; worst days were when the plane came back home, but in pieces.” They are together again with only best days ahead!

A memorial service will be held on Sunday, May 30 at 11:00am., at Olinger Chapel Hill Mortuary, 6601 S. Colorado Blvd. Centennial, CO 80121. Memorial donations may be sent to either Air Force Aid Society or The American Heart Association.

In Memory Of Sidney Dean Gates