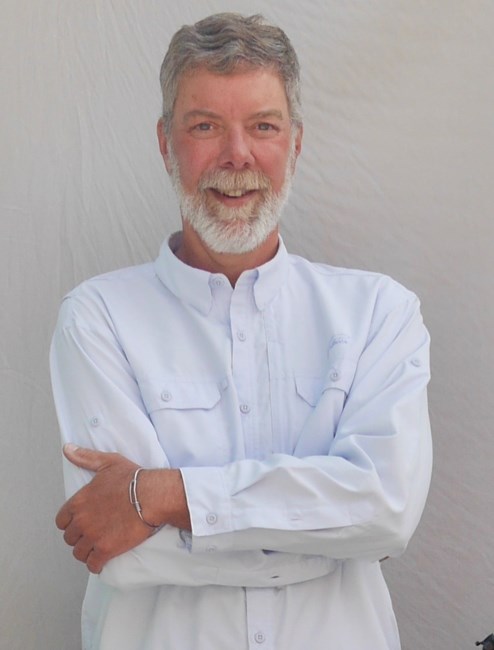 Walter James Werner, Wally, 63 of Centennial Colorado, passed away on January 25, 2020 from a totally unexpected heart attack. Prior to this day, Wally was exceptionally healthy and was leading a very active life of cycling and travel. Wally was born in Chicago, IL on October 15, 1956 to Walter and Patricia Werner. He graduated from Ridgewood High School in Norridge, IL in 1974 and then went on to earn a B.A. in Physics and Mathematics from Augustana College in Moline, IL in 1978. He did post-graduate work at the University of Iowa in Statistics and Actuarial Science but left the Master’s program for corporate experience. He started his career as an actuarial analyst but in 1981 began working as a computer programmer; first for The Standard Oil Corporation (Cleveland, Ohio) and then for various divisions of the Dun & Bradstreet Corporation from 1981 to 1995. He became the Senior Director of Information Management for the College for Financial Planning and worked there until 1999 when he left in May to do his first cross-country bike tour from Washington to Maine. A decision that would influence the rest of his life as he went on to become a national advocate for self-contained bicycle touring. After returning from this pivotal adventure he co-founded Broadband Video, Inc. and then founded Red Arrow Group, Inc. which was a consulting firm that specialized in building leading edge websites for clients, especially those that required complex back end infrastructure, database processing and web hosting. In 2016 he sold the business to his employees so that he could pursue his love of bicycle travel full time. In his professional career Wally spent his days sitting in front of a computer but whenever possible he’d get outside either by himself or with a group of scouts or other cyclists. His most epic trip was in 2014 when he rode 7,800 miles by himself from Key West, Florida to Homer, Alaska. He spent many volunteer hours advocating for adventure – first with Boy Scouts where he was a troop leader, scoutmaster, and district trainer and then since 1998 with Adventure Cycling Association where he was a small group bicycle tour leader and instructor for over 70 tours and a volunteer for a number of special projects. He was a board member of Adventure Cycling from 2009-2019 and Board President from 2013-2019. He believed that outdoor adventure travel was empowering and transformative and he worked to make sure that as many people as possible were able to experience that for themselves. Wally was also a devoted son, brother, husband, father, uncle and grandfather. He is survived by his mother, Patricia Werner of Melrose Park IL, siblings Diane (& husband Ron) Wilczenski of North Lake IL, Linda (& husband John) Amraen of Haymarket VA, son Christopher (& wife Janna & grandchildren Addison & Elijah) Werner with ex-wife Sue Ann Fleishman Rector of Davenport IA, wife Patrice “TC” Werner of Centennial, CO, son Matthew (& wife Elyssa) Werner of Fredericksburg VA, and daughter Katherine Werner of Aurora, CO. Wally loved his family and was incredibly proud of his children. He was always willing to help and was someone you could count on no matter what. He was super competent with household projects and was happy to help friends and family with their projects. He was sensitive and sweet so he often expressed his love by “teasing” us all – he couldn’t be mushy but he demonstrated his love every day through his actions which spoke louder than words. He was famous for saying he “hated cats” yet every chance he got he was interacting with them and was miffed if they didn’t sit on his desk while he was working. He never walked past a child, dog or cat without interacting with them. He was a generous, warm and kind man who will be dearly missed. In closing, Wally shared this in his last blog post for his 2014 Keys to Alaska trip (https://trackmytour.com/Z5VW1) "You may be wondering what I’ve learned during all of this time. Well I haven’t learned anything particularly new, but I will tell you this: If you have a dream, you should find a way to make that dream come true. And if your dream includes doing something that seems really big or intimidating, that is ok, because you only have to do it one minute, one hour, and one day at a time. I also know that I am just an ordinary guy, and if I can do this, anybody can do anything. I’m glad to have been able to share this journey with you and hope that you were able to enjoy following along. Until next time…" A celebration of Wally’s life will be held at Olinger Chapel Hill at 6601 S Colorado Blvd, Centennial CO 80121 at 1:00 pm on Sunday February 2, 2020. In lieu of flowers please consider making a donation in Wally’s honor to one of the organizations he supported: Adventure Cycling Association (www.adventurecycling.org ); Boy Scouts Denver Area Council (www.denverboyscouts.org ); or Soul Dog Animal Rescue (www.souldog.org ).
See more See Less