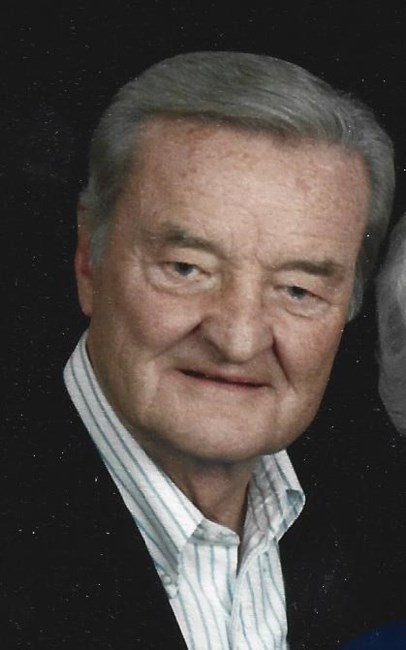 Bill passed away at home on Wednesday, September 14, 2022, at 89 years of age. Bill lived with his wife of 67 years, Charlene, in Franktown, Colorado. Bill was born on the family farm near Burlington, Colorado, graduating from Burlington High School. He attended La Junta Junior College and completed his degree in mechanical engineering at the University of Colorado. Later he would return to school to complete a fellowship receiving his PhD. He married his high school sweetheart, Charlene Rae Anderson, in 1954. The couple moved to California and Arizona before returning to Colorado where he would live the remainder of his life. Bill and Charlene had four children: Saundra, Brad, Melinda, and Shelley. The most important part of Bill’s life was his relationship with his Lord and Savior, Jesus Christ. Because of this, he served as an elder in his church for 45 years and leading many people to the Lord through youth programs and ministry. He founded a prison ministry, Christian Chaplain Services, which was one of his major focuses in his later years along with bible prophesy. He also enjoyed fishing, hunting, and camping in the Colorado mountains with his family and later with his grandchildren. Bill is survived by his wife, Charlene, and his sister Charlotte (James) Smith. The couple’s four children: Saundra (James) Mabary of Franktown; Brad James of Lingle, Wyoming; Melinda (James) Heffron of Franktown; and Shelley (James) Arnholt of Billings, Montana. He is also survived by many grandchildren: Lindsey (Heffron) Herder, Chelsey (Heffron) Safken, William Heffron, Daniel Mabary, Leah (Mabary) Killip, Stephen Mabary, Kate (James) Barnes, Devin Arnholt, Nathan Arnholt, and Anna Arnholt. Also, by his great grandchildren: Trace, Alana, and Lilia Safken; Wyatt, Olivia, and Westin Mabary; Tessa, Creed, and Alyssa Herder; Sadie and Maeve Killip; and Paul Arnholt. Bill was preceded in death by his parents Earl and Josephine James, sister Patricia (James) Swenson, and grandson Austin James. Bill lived a full and rich life touching many through his tireless efforts especially on behalf of his Savior, family, and friends. Contributions may be made to: Christian Chaplain Services P.O. Box 3961 Englewood Colorado 80155
See more See Less

In Memory Of William Earl James