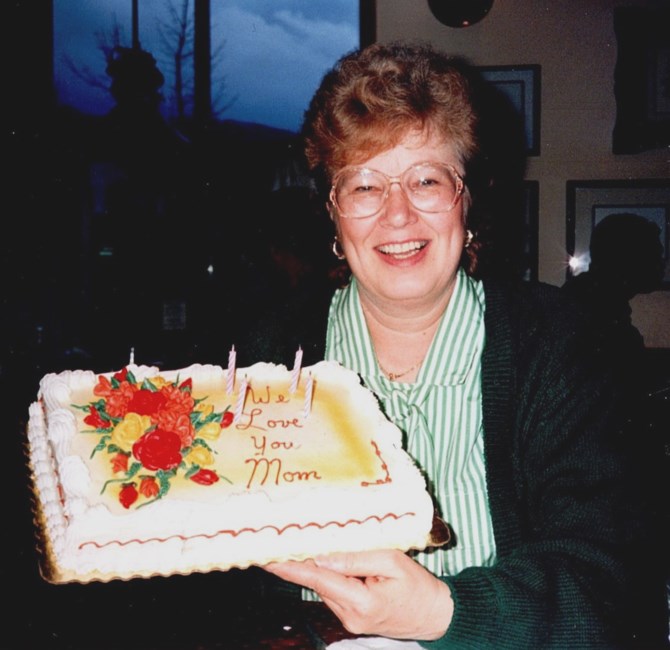 Vera Joan Auckland, age 82, of Centralia, Washington passed away on Wednesday, January 18, 2023. Joan was born in Fontana, California in 1940. After the war her family settled in Forks, WA. She accepted Jesus as her savior as a little girl. Joan was active in 4-H as a teenager, and excelled in sewing and needle arts. Joan met Ronald Auckland, the love of her life, in 1958 at Ruby Beach (where she was working at the time.) So began a 64 year love story. Over the next eight years five children were born. The family moved several times along coast of Washington and Oregon as Ron’s work demanded. Wherever life landed the family, Joan created a warm and cozy home. She taught Good News Club, GMG, and was a speaker for Christian Women’s Club. Joan loved to study God’s word and attended Bible Study Fellowship. Her home was open to missionaries, travelling ministers, new believers, and countless neighborhood children – many of whom accepted Jesus after Joan’s teachings. Finally settling in Lewis County, they became members of Mountain View Baptist Church. Joan made quilts for various charities with the lovely ladies from her church. She loved working with the kids in AWANA. Joan was busy sewing patches on AWANA vests just a few days before God took her home. She is survived by her husband, Ron; their five children Shelly Huff (Neil), Scott Auckland (Irene), Ramona Auckland, Cerissa Ashley (Clayton), Mike Auckland (Marisol); 17 grandchildren, 38 great-grandchildren, and four great-great-grandchildren. Joan is also survived by her brother Dale Gilmore and sister Elsie Jackson.
See more See Less

In Memory Of Vera Joan Auckland