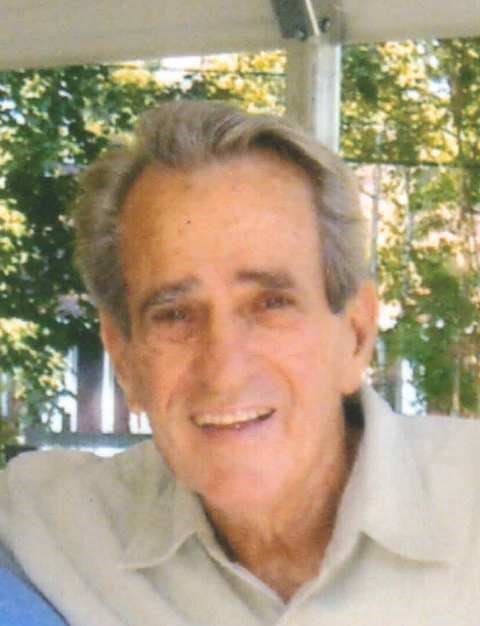 Klebert "Bro" Joseph Bergeron, Sr., passed away on December 10, 2014. He was born in New Orleans on June 20, 1930, lived most of his life in Arabi, and relocated to Slidell following Hurricane Katrina. For the past several years, he devoted his life to caring for his beloved wife of almost 60 years, Evelyn Achee Bergeron, who suffers from Alzheimer's, survives him and presently resides at Heritage Manor in Slidell. Bro is also survived by his sister, Shirley Bergeron Price, along with four children, Klebert Bergeron, Jr. (Laurie King) , Kraig Bergeron (Rose Conway), Jeanne Bergeron Ingber (Chuck) and Andree Bergeron Dendinger (Ronnie), as well as 7 grandchildren, 3 great-grandchildren and a number of nieces and nephews. Although Bro was orphaned at 15 years old, through perseverance, determination and hard work, he provided a wonderful life for his family. He was an artistically talented perfectionist who parlayed a creative flair and eye for detail into a successful business. He began his career as a teenager in the Display and Design Dept. at Maison Blanche, where under the tutelage of Emile Alline, Bro played a part in the creation of New Orleans' own Christmas mascot, Mr. Bingle. From there, he worked briefly in a display and sign company before joining Barney Smith of Leathercraft. Together they formed Leathercraft Interiors, with Bro bringing the element of design into a cabinet making and upholstery business. After several years at Leathercraft, Bro left to start his own company, Designs Unlimited Inc., a commercial interior design business specializing mostly in restaurants and nightclubs. Designs Unlimited covered all design details, from floor to ceiling, and took projects from concept formulation through design, to fabrication and finally, installation. Throughout his career, Bro was the creative force behind many popular New Orleans night spots. While too numerous to list, places of note are The Brass Rail, The Dream Room, The Safari Room, the original Pete Fountain's, Deja Vu, Opus 111, Georgie Porgie's, The Godfather / Southside, Spinnaker, The Bounty and Russell's Marina Grill. He also did some work in St. Bernard Parish, including the original St. Bernard Bank / Drugstore Shopping Center, The Chateau Lounge and most recently, the Palms Casino. Throughout his career, Bro often collaborated with AMA Distributors, Lucky Coin Machine Co. and Orleans Cabinet Works. In his personal life, Bro had a passion for collecting and refurbishing, meticulously restoring classic cars and antique clocks to their original, pristine condition. Bro also enjoyed boats and spending time relaxing on the water with family and friends. As the patriarch of his family, an accomplished businessman and principled man in all endeavors, Bro will be sorely missed by those who knew and loved him. Relatives and friends are invited to attend a Visitation to be held at ST. BERNARD MEMORIAL FUNERAL HOME, 701 W. Virtue St., Chalmette, LA on Saturday, December 13th from 1:00 P.M. – 3:00 P.M. A Funeral Service will begin at 3:00 P.M. Burial will follow in St. Bernard Memorial Gardens.
See more See Less