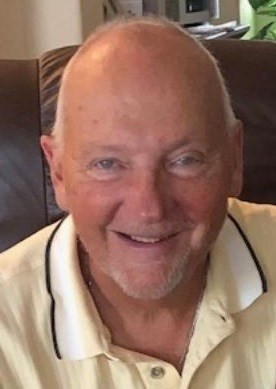 Frederick Fahs was born to Henry and Emma Fahs in Oceanside, New York, on July 28, 1950. Fred lived a full life transitioning from this earth to be with his heavenly Father on October 7, 2022, after a four-year battle with prostate cancer. Early on, he enjoyed intramural baseball and basketball and lettered in golf and bowling at Ichabod Crane Central High School where he graduated in 1968. After graduating, he enrolled in the Northeast Computer Institute and began work as a programmer at Albany Data Processing. He joined the Army National Guard in 1970 training at Fort Leonard Wood and Fort Benjamin Harrison and was discharged in 1976 as a staff sergeant. Fred received an Associate of Arts Degree in Business from Florissant Community College, a Bachelor of Arts in Business and Marketing from Webster University, and his MBA from Washington University in 1996. He believed and practiced the adage that learning was a lifetime activity. Fred’s professional business career led him from New York to St. Louis, Missouri, where he worked for McDonell Douglas, EDS, and IBM. He enjoyed long-term consulting assignments with several fortune 500 clients such as American Express and State Farm Insurance. Fred was a lifetime sports enthusiast. He won his first golf tournament at age fifteen. Upon retirement, he was a member of the Golfweek Amateur tour in Michigan and Arizona winning two tournaments in Michigan. While living in Chandler, Arizona, he joined the Valley Golf Association, a league that played together weekly at golf courses throughout the valley. He also worked as a part-time starter and ranger at Bear Creek Golf Course in Chandler. In his forties, he started running which became his passion. He ran his first marathon at age 48 in St. Louis, Missouri. He went on to run races in 42 states, including 27 marathons in 26 states finishing the Boston Marathon twice. He was a member of the East Valley Runners in Gilbert, Arizona, a group dedicated to the promotion of health and fitness. He even started a family running tradition; each of his children ran a marathon at age thirty. Fred also enjoyed most professional sports. He grew up a Yankees fan and became a diehard St. Louis Cardinals baseball fan when moving to St. Louis. Fred said he started his most important journey when he was baptized into Christ on November 11, 1989, at the Florissant Church of Christ in Florissant, Missouri. He studied and taught there and later added preaching assignments at the South Haven Church of Christ in South Haven, Michigan, and Desert Mountain Bible Fellowship in Chandler, Arizona, where he shepherded the congregation also serving as treasurer and secretary. Fred constantly studied the Bible and was secure in his faith. He would want all to know that the Bible says when we die, we shed the outer shell of our existence while the soul lives on in the heavenly realms God has created for those who love and follow him. Fred is was preceded in death by his parents, Henry and Emma (Cornell) and his first wife and mother of his children, Rose Anne Marie (Regis). He is survived by his wife, Janet (Worstell) of nearly thirty-five years, and his three children; his son, Eric, and his wife, Andrea, and their children, Dominic and Marissa; his son, Brian, and his wife, Renée, and their children, Rose Anne and Kristopher; and his daughter, Jaime, and her husband, Adam Nystuen, and their children Anna, Emma, and Noah. He also leaves his two wonderful sisters, Marge Mahar and Barbara (Snooky) Huber, his favorite cousins Bill and Karl, and many other cousins and nieces and nephews, along with his beloved dog, Roxie. A come and go wake will take place at Valley of the Sun Mortuary and Cemetery in Chandler on Friday, October 14th, from 8am until 10am for friends and family with a private funeral and burial following. A Celebration of Life will be held beginning at 1pm on Sunday, November 6th, in the Ballroom of the Solera Chandler Retirement Community also in Chandler, Arizona.
See more See Less

In Memory Of Frederick Fahs