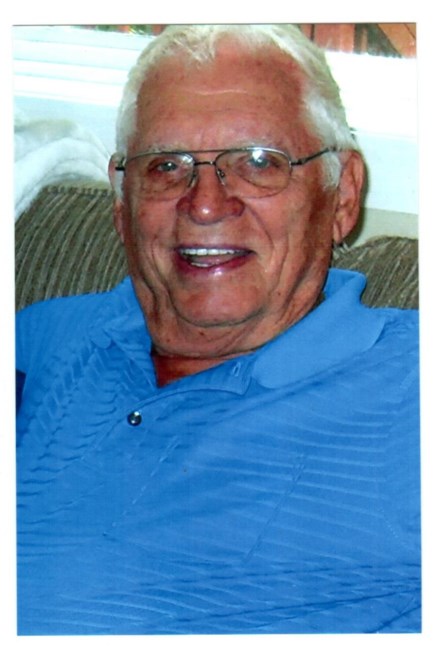 John was born the fourth of six children to Amos and Phoebe Hess Rutt in Pequea, Lancaster Co,PA. He grew up in Millersville, PA and graduated from high school in 1950. This area had many orchards and farms and instilled in John his love of gardening. He joined the Navy and served his country for 5 years. He traveled to many places including the Far East, Australia, the Mediterranean and Europe. His last tour of duty was on the new aircraft carrier USS Midway which toured the world. (The ship is now a tourist attraction in the bay at San Diego, CA) Upon his discharge he moved to California as an electronics technician. He met his first wife, Julia Wallace there. They had 2 sons, Norman Edward and George Clifford. They moved to Fairbanks in 1964 when his job with RCA transferred him to Gilmore Creek, a NASA satellite tracking station. He encouraged sports for his sons, something he was not allowed to do as a boy, and coached and was active in their activities. He met his wife, Pearl, in Fairbanks when the boys played hockey together. They married 8/10/1974 combining 5boys and 1 girl. John adopted Pearls daughter, Kerri Beatrice the following year. They became involved in the Delta Barley Project 30 miles south of Delta Junction on the Alaska Highway in 1978. Reliable help was hard to find so they retired from their jobs in Fairbanks and moved to the farm in 1986. The Project the State of Alaska designed was a failure. They and several others on the Project settled with the state in 1994 in a class action law suit. While farming, John and Pearl became snowbirds spending their summers farming and winters in Apache Jct. AZ. John took up Senior Softball and was on a championship team for about 10 years - wonderful people, good friends and lots of travel and fun. The team won several championships and were awarded rings which he gave to his grandchildren. They bought a boat in 1997 and fished halibut and salmon on the Kenai Peninsula at Ninilchik, AK for 3 years. They built a home in Sun Lakes, AZ in 1999 and have lived there for 23 years. He took up golf and was active in it until the last 2 years of his life. John is survived by his wife, Pearl, son Norman, wife Lisa, Cliff, wife Vivian, daughter Kerri, step-sons Erick, Darrell, wife Roberta, David, wife Darlene, brother Dan, wife Judy, sister Esther, husband David, 13 grandchildren and 19 great-grandchildren. He was a member of Risen Savior Lutheran Church. He loved the Lord and was a devote Christian.
See more See Less

In Memory Of John H. Rutt