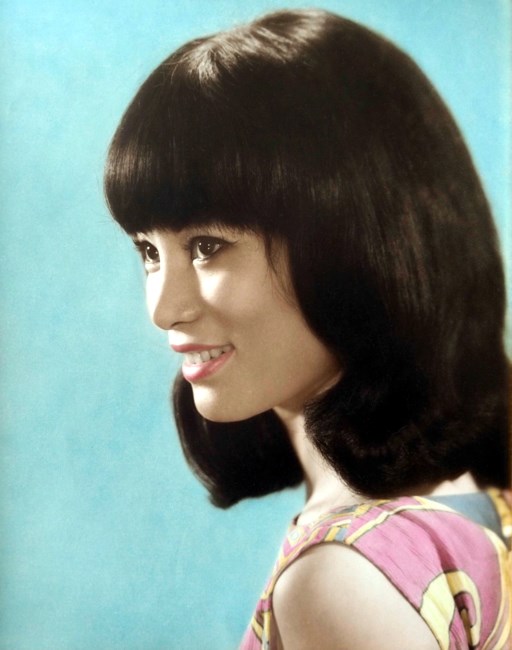 Pao-Chu “Sue” Carle came into the world on April 28, 1945, in Taoyuan, Taiwan. Her parents taught her the importance of family, hard work, determination, and sacrificial love. She applied these lessons after the passing of her mother. As the oldest daughter, she was dedicated to caring for her grandmother, father, four sisters, and four brothers while living on the family farm. Too big to be contained, her heart for family extended to others. She valued her community and sought to serve everyone she met. Her ceaseless love and devotion to God and family is the legacy she passes to her children, grandchildren, great-grandchildren, nephews, and nieces. During the Vietnam War, Sue met the love of her life, Capt. Edward Carle, at a tailor shop near Tainan Air Base. During Ed’s multiple deployments, they took every opportunity to spend time together. They loved the beach and exploring new places. On November 30, 1967, they married in Tainan, Taiwan. The following year, while Ed was on temporary duty in Alabama, Sue gave birth to their first son, William, in Taiwan. Their love and joy reached across the miles until the family rejoined in the United States when Ed eagerly greeted them at the San Francisco airport. Sue experienced her new country during their long drive to New York City to meet his family. In Woodhaven, NY, the couple held another wedding ceremony at Ed’s beloved family church, Emanuel Evangelical and Reformed Church, where generations of Carle’s had worshiped, served, and celebrated. From their first meeting, Sue formed a special bond with Nana (Ed’s grandmother) who taught her the famous family German pot roast recipe. Sue became a proud American citizen and would eventually visit all 50 states. The family traveled the country for Ed’s career in the Air Force, Air Force Reserves, and National Weather Service. While in California, they were blessed with the birth of Grace (Whitaker), and then blessed again in Hawaii with the birth of David. After multiple moves to California and Washington the family settled in Salt Lake City, Utah in 1979. They enjoyed the mountains and stayed active with skiing, picnics in the canyons, bowling leagues, family trips, the kids’ endless school sports and activities, Scouts, and church events as members of Mount Olympus Presbyterian and Community of Grace Presbyterian Churches. Sue’s love for her family helped to propel many of her hobbies to include sewing, knitting, ceramics, and gardening. An incredible homemaker, Sue took care of and inspired her husband and children to work hard and do all things in the name of Jesus Christ. Setting the example, she earned her GED while encouraging young immigrants and new Americans in her class, who thought of her as a caring mentor. In 2010, Sue and Ed became “snowbirds” to Maricopa, Arizona and by 2020 they had settled full-time. Sue was so proud of her family which continued to grow and grow with the birth of 8 grandchildren and 5 great grandchildren. Furthermore, her heart forever cherished her family in Taiwan as it also grew. She longed to stay connected through letters, recorded tapes, phone calls, and visits as much as possible. Additionally, she shared her Taiwanese culture with her children and their families who will always treasure their heritage. In their fifty-three years of marriage, holding hands until her last day, Ed and Sue were the perfect example of a long, loving union to all. All who visited their home were welcomed with plates of delicious food and inspired by Sue’s strength and energy. Her wontons were legendary. Visitors from church, sport teams from school, and friends from all around the world felt the warmth and openness that she endlessly gave. Through her hospitality, she truly made a world-wide impact. On the morning of August 17, 2021, Sue peacefully passed away while being held close by her husband, three children, and granddaughter at home. Pao-Chu is survived by her loving husband Edward; children: William Carle, Grace (Sutton) Whitaker, and David (Celena) Carle; grandchildren: Jonathan (Anna) Carle, Zachary (Amanda) Carle, Eleanor Carle, Hannah Whitaker, Benjamin Whitaker, Tayah Carle, Camden Carle, and Tenley Carle; great grandchildren: Simon, Eloise, Eric, Bennett, and Tylere; brothers: Yang A-Lang, Yang Fong-Cheng, Lai Zheng-Zhong; sisters: Lai Xiang-Han, Yang Yu-Yan, Lai Bao-Mei, Lai Bao-Zhi; as well as her niece Elaine (Tsai Yi-Lin) and many other nieces and nephews. Preceded in death by her grandmother Yang Li-A-Jhao; father Lai Chuen Tuan; mother Yang Che; and brother Lai Zeng-Xiong. In lieu of flowers, donations can be made in memory of Pao-Chu Carle to Church of Celebration (https://churchofcelebration.com/give) Mission Donation (Outreach/Benevolence)
See more See Less

In Memory Of Pao-Chu "Sue" Carle