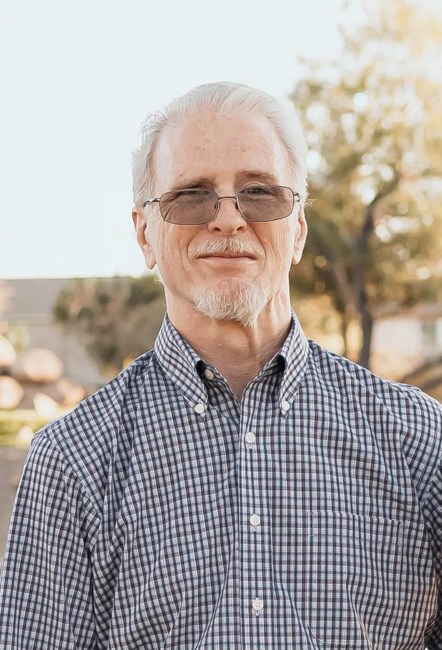 Steven David Kerr, 67, of Sun Lakes, Arizona, walked into Jesus’s loving embrace on Sept. 18, 2022. Steve was born that same day in 1955 in Milwaukee, Wisconsin to Marjorie Elizabeth and Millard Lee Kerr. He was a wonderful brother to his six siblings: Linda, Sandi, Mike, Amy Sue, Shari, and Jeri. Steve grew up in West Des Moines, Iowa, where he graduated from Valley High School and Des Moines Area Community College. In 1976, he married Rebecca (Becky) Sievers and they were happily married for 46 years. They enjoyed traveling on their anniversaries, often visiting beaches in Florida and California. They loved eating at restaurants on his days off and going to concerts like Celtic Woman and artists and groups from the 1960s and 1970s. They were blessed to raise three children. Their eldest, Christopher is married to Nicole. Their daughter Sara is married to Graham. Their youngest, and tallest, Eric is married to Jennifer. Steve was a devoted father who taught his children to love, listen, be respectful, and do the right thing. He was not afraid to tell his children he loved them, and they felt that love through his words and actions. Chris remembers how dependable Steve was. When money was tight, he worked a 10-hour- shift at one job and then another six at a different job. He’d come home for a few hours of sleep before starting the cycle again. Chris could always count on his dad to be there when he asked, whether it was to build something or help move houses. When Sara was in college, he drove to Flagstaff to change her car’s alternator in a parking lot with snow on the ground. When she had complications in her first pregnancy, he was at every procedure waiting to make sure everything was OK. All her life, he would call just to ask how she was doing. Steve was the best handyman his son Eric ever had. He and his tools were always ready to fix busted plumbing, install a garbage disposal, hang princess pictures in his granddaughter’s room and install a gate on the stairs to make sure his fearless grandson was safe. Steve and Becky have six beautiful grandchildren, with another on the way. Steve was a fun grandpa who gave piggyback rides and got down on the floor to play games. His lap was a popular spot for each grandkid, and his ear was always ready to listen. Abrielle, Landon, Emma, Elijah, Juliet, and Jonathan were so proud to call him grandpa. Steve loved the outdoors, John Denver music, and motorcycles. He restored an old Honda on his own, but he was a Harley guy at heart. He looked forward to long rides on his 2010 Dyna in the foothills surrounding the valley. Steve had a sweet tooth and an aversion to vegetables, especially the green ones. He loved Reese’s, cherry pie, and anything his talented daughter baked – even when she made sugar-free desserts. Steve was a man of few words. At gatherings, you could find him on the perimeter of the party. It’s not that he was shy or antisocial. He was the kind of person who enjoyed watching others smile. He wanted to see the full picture and made sure everyone felt included. He picked his moments, and when he would tell a story, everyone would stop and listen. Steve worked in Retail Furniture Management for 45 years. His work ethic was legendary and he had a hand in virtually every aspect of the business. He was the kind of boss everyone wishes for, and said his proudest career accomplishment was, “always treating employees justly and with respect.” Steve showed respect to everyone he met. Part of that was an extension of his deep faith in God and Jesus Christ. He was a devout Christian who enjoyed volunteering at the church until his health prevented it. He will be deeply missed but his friends and family know he has found his way home to God. A celebration of Steve’s life will be held at St. Matthew United Methodist Church, 2540 W. Baseline Road, Mesa, Arizona 85202 at 2 p.m. Friday, Sept. 30. Donations can be made in Steve’s name to the American Cancer Society or UMOM New Day Center in Phoenix. The service will be live streamed at https://livestream.com/stmatthewmesa/events/2196691. Fond memories and expressions of sympathy may be shared at www.valleyofthesunfuneralhome.com for the Kerr family.
See more See Less

In Memory Of Steven David Kerr