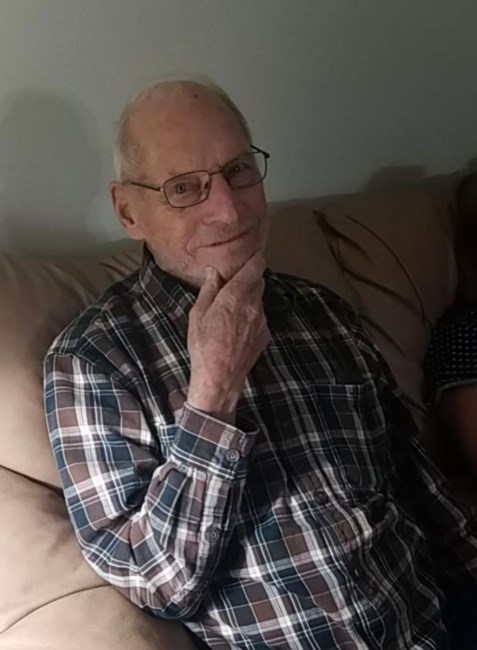 Thomas Edward King (Tom), age 88, of Queen Creek, Arizona passed away on Thursday, May 12, 2022. He was born in Chico, California on September 28, 1933. Tom graduated from Chico High School and continued his education at Chico State College. Tom joined the U.S. Air Force on December 1,1956 and retired with full military honors on January 11, 1958. Tom remained active in the service as a Reserve from January 12, 1958 through January 11, 1962. Tom married Frances Vandervort on July 7, 1957 in Modesto, California. Tom enjoyed his career as an airplane mechanic in the U.S. Air Force and several commercial airline carriers. Tom retired from Delta Airlines December 31, 1996 after 28 years of service. His love for all animals and farm life is well known, however his Great Pyrenees dogs held a special place in his heart. Tom was a member of the Great Pyrenees Kennel Club where he volunteered to rescue, foster and find forever homes for several of these gentle giants. In addition to hanging out with his favorite dogs, Tom enjoyed riding horses, camping, fishing, hunting, family vacations, cruises, hiking the San Tan Mountains and the Grand Canyon. Toms Ultimate Happy Place was plowing his fields on his Big Green John Deer Tractor. Tom is survived by his three daughters; Kimberley Lovely, Sorelle Norman and Yvonne Snyder; his brother Richard King and his sister Pat Farley; his grandchildren Lindsay, Ian, Christian, Melysse, Aaron, Alyssa, Logan, Tory and Collin. Tom was also blessed with nine great-grandchildren. Fond memories and expressions of sympathy may be shared at www.valleyofthesunfuneralhome.com for the King family.
See more See Less

In Memory Of Thomas Edward King