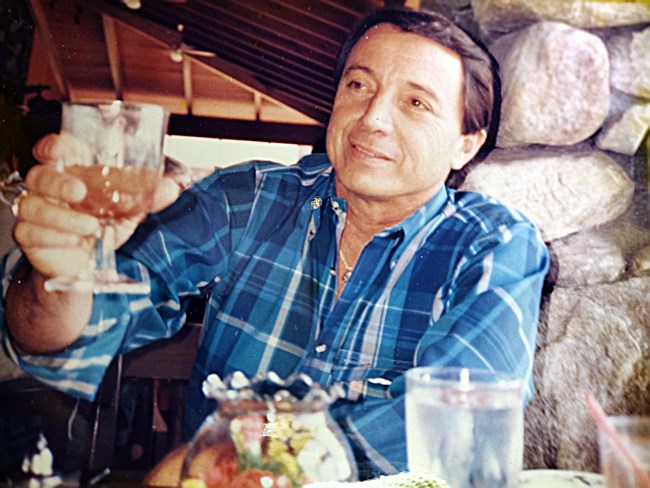 "Jack of all trades, master of ALL” Born in Dover KY, the son of Kenneth and Mary Doris Myers Kirk. Carl had three sons, Michael, Ken and Reese; three grandchildren Michael Douglas Kirk, Kelly Kirk, and Karen Kirk and one great grandson. His beloved sons by marriage Gary Mauney and Dale Mauney thought the world of him, and became a devoted father and friend to both. They cherished him and showed it in word and deed daily. Captain Kirk, as he was fondly known was a person who was interested in everything - a craftsman, biblical scholar, pool shark, shag dancer, NC general contractor, commercial real estate broker and a weatherman. During his US Air Force career, he served at NORAD, crypto top secret, where he became a skilled meteorologist and later guided the jet planes into Charlotte Douglas Airport for Pacific Weather. (Some are amazed and shocked at this fact.) Carl had recently joined Ocean Drive Presbyterian Church, where he would have been a valuable asset. Beloved by all who knew him, he was an entertaining person, a sensitive, loving person -the former “Life of the Party.” He was a strong patriot, praying for our country every day; praying for all Christians and praying that his sons would draw close to Christ. Married to Barbara Mauney Kirk and being a father figure to Gary and Dale Mauney for 35 years; guiding Dale in the building of his business and being a cheerleader to Gary in his scholastic endeavors and running for various offices. He was a God send to Barbara’s mother in helping her with any shelf or roll out drawer she needed, to making guard rails for her bed as she grew weaker. Nell Reid Callahan thought the world of her son-in-law. She knew she could count on him for anything. This alone is a virtue to be celebrated. Barbara and Carl were amused to find that they were both ambidextrous - able to write and read frontwards, backwards, upside down, with both hands and feet at same time - a skill shared by TV personality, the Backwards Professor and Leonardo Di Vinci. Carl loved to shoot pool and was very good at it. He was on the circuit for a while. Barbara and Captain Kirk spent many years dancing the SC NC State dance, The Shag, entering a few contests. Barbara and Kirk were members of the famous Shad Alberty Dance Class. Leaving Charlotte for five years to take care of his mother, subsequently discovered he had a deadly pituitary tumor that had to be treated. Transphenoidal pituitary operations at the Moffat Cancer Center gave him many more years of good living. He was a brave, courageous never complaining Alpha Male. The best kind. When his mother and sister, Carolyn, decided to leave St. Petersburg and return to their Dover, KY home, Kirk drove back and forth from Charlotte and built them a beautiful home which brought great comfort to them in their last years on earth. There is a beautiful antique dresser he loved that was his great grandfather’s. He carried the slats around for years and finally a friend of Carol and Larry's restored the magnificent piece of furniture. His mother wrote the history of the piece. When I stumbled into the letter-history and read it to Captain Kirk the other day, he burst into tears as if pent up grief of loss of his mother came pouring out, her story touched him so. And when I told him the story of Jack and Nancy’s Little Ellen, whose life at 3 months, was destroyed by an undiagnosed medical emergency and consequently left an invalid and showed him the precious picture of the cousins as children holding her little hand…and what Chris, Carol’s son, who just died, had said as Ellen screamed and cried…Chris would say…”Elwin’s hungwee”. He burst into tears. And lastly, I remembered his unbelievable generosity when years ago I saw him pawn his watch and ring to help a friend, Jimmy, who came to town needing money when we had NOTHING. We were remodeling the office building on Commonwealth that later flooded. We lost our tenants, the building bulldozed. It was a great loss but we are assured he is with Christ Jesus and that we all have the blessed hope of a reunion together soon. I have been sustained by listening to the music of a gospel group, Lee Greenwood Album that Major Mike gave me. The lesson to contemplate is: only those things done for good will last. Your life comes down to a few pictures and lines in an obituary. The question is, “Will your life continue into Everlasting happiness with God and your loved ones?" We think it does. For whom the bell tolls…and when the sands of the hourglass call your name, when the silver cord is broken…when your last breath is breathed, where will you be? “Study to show thyself approved into God, a workman that needeth not be ashamed, rightly dividing the Word of Truth”. The Holy Bible.
See more See Less

In Memory Of Carl Lindsay Kirk