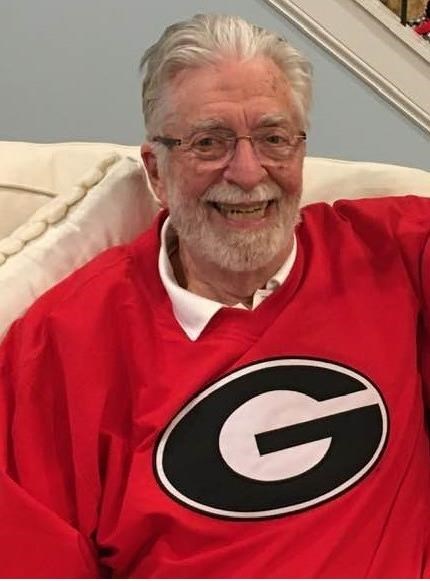 Charles Creg Smith of Indian Land, SC passed away peacefully at the age of 74 on Friday, June 24, 2022 after a brief battle with pancreatic cancer. He is survived by his wife of nearly 51 years Karen Evola Smith; a son Derek and his wife Ashley and granddaughter Abigail, Waxhaw, NC; and a son Grant and his wife Rachel and grandson Wyatt, West Point, VA. Creg was born in Atlanta, GA on November 19, 1947 to the late Harold Elmer Smith and Ruby Evelyn (Lutz) Smith. He moved to Hapeville, GA in the early 1950s and graduated from Hapeville High School where he developed interests in choral music, performing and sports writing which would follow him throughout his life. He graduated from Young Harris College and the University of Georgia with a degree in journalism. In August 1970, he was hired at WSLS-TV and moved to Roanoke, VA. He met Karen Evola on a New Year’s Eve “blind date” and they were married six months later. In 1973, Creg moved back to his birthplace and accepted a new opportunity with the American Petroleum Institute (API). The move would begin a 36-year career which included more than 25 years in their Washington, DC office. Following his retirement in 2009, he and Karen enjoyed traveling extensively domestically and internationally with friends and family whether it was by water, air or land. They especially enjoyed their trips to Hawaii with Derek and Grant and the trip they made to the Holy Land. Part of his travels also included judging barbecue throughout the Southeast. He was certified to judge with the Memphis Barbecue Network, Kansas City Barbeque Society and South Carolina Barbeque Association. He had said “I prepared for this my whole life.” In May 2015, he and Karen moved to Sun City Carolina Lakes in Indian Land, SC to be close to Derek, Ashley and Abigail. As they moved into a new neighborhood, he started a newsletter to inform residents of neighbors moving in and events in and around Indian Land and served on the HOA’s Communications Committee. He was also active in the neighborhood’s Choral Society and Performing Arts Club where he performed in several musicals and productions. Creg was a man of deep faith and he combined that faith and his journalism and communications training to serve the Lord. He was a lay leader and choir member at Community of Faith United Methodist Church in Oak Hill, VA and served on the Board of Communications of the Virginia Conference of the United Methodist Church. In South Carolina he was a member of Pleasant Hill United Methodist Church in Indian Land. Creg was appointed to the South Carolina Methodist Advocate’s Board of Trustees where he served as secretary. Family meant the world to Creg. He was fiercely loyal to those he called family whether they were a blood relative or not. He enjoyed cultivating relationships and building community and especially loved how Facebook kept him connected with former classmates, friends and family. As an only child, he was especially proud about the unique spelling of his name, which comes from his father’s brothers Charles, Roger, Elton and George. A lifelong sports fan, he supported his sons, granddaughter and grandson as they played. He was also an avid Fantasy Sports player bringing home dozens of championships. He also loved working sporting events and volunteered at the PGA Championship and Wells Fargo Championship in Charlotte, NC as well at numerous NCAA March Madness sites throughout the Southeast. However, his biggest sports delights were for the Atlanta Braves and the University of Georgia Bulldogs. He was grateful to see the Braves win the World Series and the Dawgs win the College Football Playoffs in 2021. In lieu of flowers, the family has asked for contributions to be made to the Creg and Karen Smith Endowed Scholarship at Young Harris College, Young Harris, Georgia. The family will receive visitors on Tuesday, June 28, 2022 from 11:30 – 1:00 at Pleasant Hill United Methodist Church in Indian Land, SC. Funeral service will begin at 1:00 with committal services to immediately follow. He will be laid to rest at Pleasant Hill United Methodist Church cemetery.
See more See Less

In Memory Of Charles Creg Smith