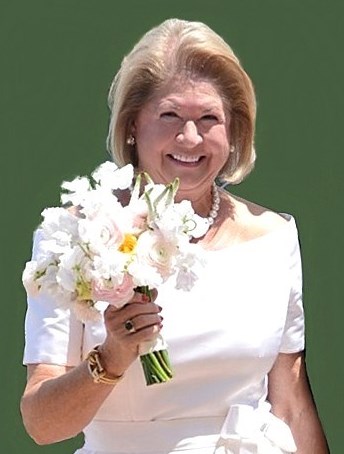 Charlotte - Diane Ferrell Auten died peacefully on October 11, 2021, after a brave battle with pancreatic cancer. She was a deeply beloved wife, mom, and grandmother, and will be greatly missed by her family and many friends.

Born on September 11, 1946 in Huntersville, North Carolina, Diane was the daughter of the late Martha Bailey Ferrell and Ralph Allen Ferrell. After Diane graduated from North Mecklenburg High School, she began an accomplished and extensive career in architecture.

Diane always had a love of and talent for drawing. She worked for several prestigious architectural firms, including O’Dell and Associates, and Clark Tribble Harris and Li before opening her own company, Diane Page Design. She focused on designing upscale custom homes all across North Carolina, specifically in Charlotte, Linville, and Grandfather Mountain. Diane retired at the end of 2019, but continued getting calls to design homes until as recently as this September. Although her profession was in architecture, she was an amazing mother. She was our guide to learning about integrity, grace under pressure, and being resilient.

Diane is survived by her devoted and loving husband, Brice Caton Auten. Although they had only been married for five short years, it was obvious those were some of the best years of her life. Brice and Diane loved each day they were together.

In addition to her husband, Diane is survived by her daughter and son, Stephanie Smith Bissell of Charlotte, NC and Ashton Blake Smith of Solona Beach, California; her son-in-law, Howard Bissell, III, and her three grandsons, Howard “Ward” Bissell, IV, Burns Ballantyne Bissell, and Owen Hartley Bissell of Charlotte, NC; step-sons, Rob Auten and his wife Beth of Marietta, GA, Chris Auten of Charlotte, NC, and Tyler Auten and his wife Mallory of Raleigh, NC. She is also survived by her brother and sister, Ralph Allen Ferrell, Jr. and Deborah Ferrell Davis; her sister-in-law, Linda Ferrell; and brother-in-law, Norman Davis. Her life was further enriched with aunts, nieces, nephews, and other extended family. Diane is also survived by her beloved Yorkshire Terrier, Bella.

Although Diane had a wonderful career in architecture, she was also very talented in other areas. She was a wonderful hostess. Friends and family loved receiving an invitation to share a meal at her home due to her exemplary culinary skills. Diane was also very gifted in interiors and interior architecture. She was a skilled gardener and had a sense of style and elegance that were second nature.

She was a loving, kind and graceful lady. Known as “Dida” to her three grandsons, she was deeply adored by each, and spent all the time she could with them. Nothing was out of the question, Diane was the grandmom who was riding waves at the beach, walking to the jetty to catch crabs, and skipping rocks and fishing with the boys. The boys were a great love in her life, and they felt the same way about her. She was always putting others first, even until the very end. The relationships Diane had with family and friends were of utmost importance to her. Diane was a pillar of strength and a great source of encouragement. Even with all of these wonderful characteristics, she was also very humble.

She will be greatly missed, but each person she touched is better for knowing her.

A celebration of life will be held at 2:00 pm Thursday, October 21st, at Myers Park Presbyterian Church, 2501 Oxford Place, Charlotte, NC 28207. This service may be viewed online at www.myersparkpres.org/funeral

In lieu of flowers, memorials may be sent to the Levine Dickson Hospice House, or The American Cancer Society.

In Memory Of Diane Ferrell Auten