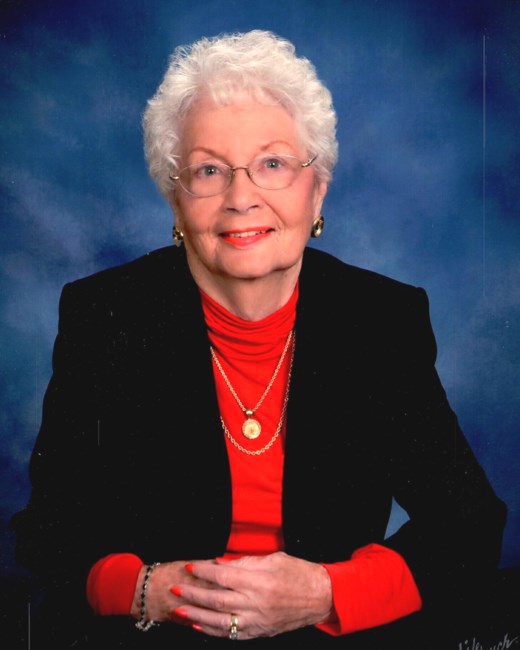 Hazel Hines Felts, 98, of Concord, NC passed away peacefully at Tucker Hospice House on Saturday, January 14, 2023. Hazel was born on September 26, 1924 in Bladen County to Walter and Bertha Pate; the 5th of 10 children. As a young woman, she moved to Wilmington and ultimately to Charlotte with husband, Walter Hines, Jr. until his passing in 1979. Later, she married Clay M. Felts of Charlotte, NC. Hazel started a career in the residential lighting business. She was owner of Hines Lighting with three locations in Concord and Charlotte and it grew to be the largest supplier of lighting in metropolitan Charlotte. In 1994, she was named Cabarrus County HBA Associate of the Year. She and her husband, Walter, were founding members of University Hills Baptist Church where she was also the oldest living member. She especially loved singing in the senior choir. Hazel also enjoyed cooking, entertaining, playing the piano and sewing. Many were delighted with her beautiful jewelry bags, she loved to give as gifts. She was known as a fiercely competitive card player and enjoyed - especially if she won- hosting and playing games with family and friends. Hazel is survived by two sons, Larry Hines (Kay) and Stan Hines (Susan). She was a generous grandmother to her five grandchildren - Wendy Patterson (Mark), David Hines, Chad Hines (Vanessa), Chase Hines (Erin) and Mackenzie Houin (Tyler) and seven great grandchildren. Hazel is also survived by one brother, Kenneth Pate (Betty) of Ahoskie, NC. A funeral service, for Hazel, will be held on Sunday, January 22, 2023 at 1:00pm at Forest Lawn West Funeral & Cremation Service, 4601 Freedom Drive, Charlotte. Burial in Forest Lawn West Cemetery. In lieu of flowers, donations may be made to University Hills Baptist Church or Atrium Health Behavioral Health. Fond memories and expressions of sympathy may be shared at www.forestlawnwest.com for the Felts family.
See more See Less

In Memory Of Hazel Hines Felts