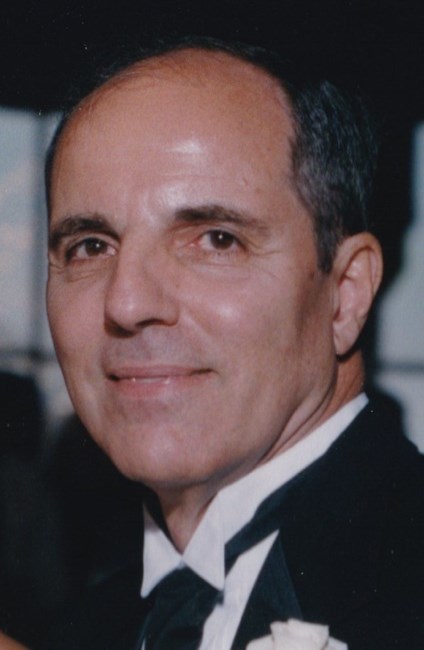 James (Jim) Joseph Guzzio died in Charlotte, NC after a long struggle with Parkinson’s disease. He grew up in New Haven, CT and was the first child to the late Salvatore Joseph and Helen Cain Guzzio. He graduated from Notre Dame High School in West Haven, CT and later from Lehigh University in Bethlehem, PA with a bachelor’s degree in Mathematics and from the University of Connecticut in Storrs, CT with a master’s degree in Statistics. In his twenties, Jim attended US Marine Officer Training School in Quantico, VA. He acquired the rank of Captain before completing his tour of duty, which included service in Vietnam. Jim and his wife Dolores lived for many years in Madison, CT, before relocating to Greensboro and Charlotte, NC. In Madison, Jim served on the Madison Board of Education, Madison Town Committee and was an active member of St Margaret Catholic Church. He was also a member of the Knights of Columbus for Our Lady of Grace Church in Greensboro, NC. Jim had many interests which include sports, music and politics. In high school he played the sousaphone in the Notre Dame marching band, was a member of the Governor’s Foot Guard Band of Connecticut, and played string bass in his high school’s swing band. He was a passionate New England Patriots and Boston Red Sox fan. He also enjoyed weight lifting and bike riding throughout his adult life. One of his hobbies was following polls and elections with a statistician’s eye. Jim was dedicated to his children throughout his life. He enjoyed watching his oldest son Michael participate in the Special Olympics. He coached little league baseball in Madison and closely followed of all of his children’s sporting activities. This included many hours assisting his sons Jimmie and Joey in their wrestling careers up through their time as wrestlers for the University of Maryland. He was also very supportive of his daughter Mary Ellen who became a professional flutist. Jim’s professional work career including employment as a Statistician at Armstrong Rubber, United Nuclear, Schick in Connecticut, as well as Lucent Technologies in North Carolina, a company which was later acquired by General Dynamics. He is preceded in death by his wife Dolores Matrisciano; son Michael Salvatore; brothers Richard and Michael Guzzio of Connecticut and is survived by Robert David (Linda) Guzzio of Madison, CT; sisters Eleanor Ann Guzzio (Judith Plathe) of Wilmette, IL and Lorraine Guzzio Chammah of Austin, TX. Jim also leaves behind daughter Mary Ellen (Michael) Kregler of Lincoln, RI; sons Joseph Paul and James Leon (Emily) of Charlotte, NC; grandchildren Ella and Vincent Guzzio, Sophia Nielsen Jones, James, Joseph, and Anthony Kregler; many nieces and nephews. Jim valued family life and concerned for children with disabilities. Those wishing to make a memorial donation may give to the LAMB Foundation of North Carolina or to a fund of one’s choice. A Mass of Christian Burial will be conducted at St. Therese Catholic Church, 217 Brawley School, Mooresville, NC on Wednesday, 22, 2020 beginning at 10:30 followed by burial at Sharon Memorial Park in Charlotte, NC. Due to the Corona virus outbreak, a celebration of his life will be arranged at a later date. Arrangements are under the care of McEwen Funeral Service at Sharon Memorial Park.
See more See Less

In Memory Of James Joseph Guzzio