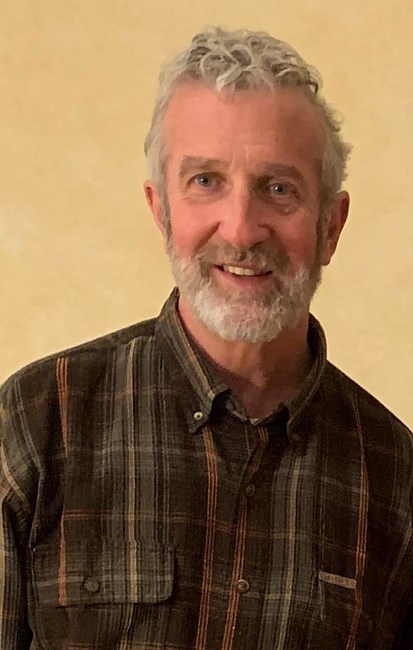 It is with deep sadness that we announce James Gordon Warren, Jim, beloved husband, father, friend and servant leader, passed away April 29th, 2022, after a courageous battle with cancer. Jim’s adventuresome, compassionate and caring spirit inspires all of us who knew him to honor his legacy by embracing our own gifts to be kind to all living things and protect our natural resources. Jim, predeceased by his parents, Jack and Frances Warren, was born in Charlotte on February 11th, 1958 and grew up in Mt. Holly, NC. Jim inherited his sense of community spirit, gift of gab, and love of the outdoors from his parents. His father’s barber shop was a community hub and it was there that Jim learned the importance of, and ability to tell a good story. Jim's incredible gift of connecting with everyone he encountered started early by helping his parents deliver Meals on Wheels, organize fish suppers at the VFW club, and share vegetables from their garden. Throughout his life he was active in the Scouting program, where both he and his son achieved the rank of Eagle Scout. Jim attended Belmont Abbey College and Appalachian State University, completing a dual degree in Business and Outdoor Education. He was able to weave his passion for the outdoors, love of the environment and pursuit of outdoor sports into a career journey beginning at the Harris YMCA managing the aquatic and sports programs. The relationships that Jim developed at the YMCA proved to be the most enduring and significant of his life. He met Pam Dabney, who he proclaimed would become his wife, on the pool deck at the Simmons YMCA while visiting one of his closest friends. Jim proved to be correct and they later married September 3, 1995. A year later, Jim received the ultimate birthday gift with the birth of his son, Andrew Parks Warren. From the Harris YMCA, Jim transitioned to Mecklenburg County Park and Recreation as the Superintendent of Aquatics and was instrumental in the opening of the Mecklenburg County Aquatic Center. He later served as the Associate Director of the McCrorey YMCA and the Chief Operating Officer of the Upper Palmetto YMCA before accepting a position with the Carolina Raptor Center as the Chief Operating Officer in January 2006. Jim later assumed the role of Executive Director and continued to lead the organization for the remainder of his career. Jim was instrumental in leading the Raptor Center to become one of the most highly respected and largest raptor hospitals in the United States. The capstone of his career was leading the collaboration between the Carolina Raptor Center and Mecklenburg County Park and Recreation to open the Quest Center. In addition to his work at the Raptor Center, Jim also served on the board of both the NC Science Network and EarthShare North Carolina. He was recently awarded the John R. Cherry Community Service Award, the highest honor awarded by the Lake Norman Chamber of Commerce. Jim often stated if he were reincarnated as a raptor, he would be a Barred Owl, “because they seem laid back but they know how to get down to business and are extremely protective of their families.” Jim is survived by his wife of 26 years, Pam, his son, Andrew and his dog, Wyatt. As a family, they enjoyed hiking, traveling, skiing and a good craft beer. An avid runner and biker, Jim completed numerous marathons, triathlons and bike races including the Marine Corp Marathon and the Assault on Mt. Mitchell. He served as a Trustee at St. Andrew’s United Methodist Church as well as on the Staff Parish Relations and Finance Committees. The family would like to thank Dr. Daniel Haggstrom of Levine Cancer Institute and Dr. Terrence Pugh and his entire team at Carolinas Rehabilitation for their extraordinary compassion and care during his stay. A Celebration of Life service honoring Jim is scheduled for June 25, 2022 from 4:00pm - 7:00pm. The celebration will be held at the Quest facility within the Latta Nature Preserve. Specific details about the service and other events planned in Jim's honor can be found on the Carolina Raptor Center website and related social media channels. www.carolinaraptorcenter.org
See more See Less

Reception for Family and Friends