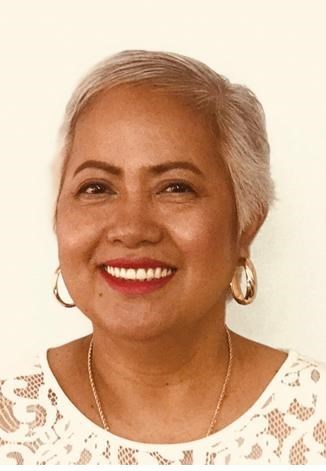 Josephine "Jyoti" Friedland, age 67, passed away on Sunday, May 1, 2022 at Carolinas Medical Center in Charlotte. She was in the company of her loving husband, Marc. Born November 9, 1954 in Manila, Philippines, she was a daughter of the late Eustaquio Bayog and Socorro Malicsi Bayog. Following graduation from Dona Teodora Alonso High School in Manila, she studied at Pamantasan ng Lungsod ng Maynila where she earned a BS degree in social work. From 1987 -1990 she worked as a chef at Orchard Hill Market in Branford, Connecticut while studying at the New York Restaurant School. In 1991 she became the deli manager at Talley's Green Grocery in Charlotte where she worked until it's closing in 2008. In 2019, along with her husband Marc, she opened Jyoti's World Cuisine Vegan and Vegetarian Restaurant in Charlotte. Jyoti was an ardent practitioner of Ananda Marga yoga which she began practicing when she was in university. In 2008 she became active in politics and actively participated in the 2008 presidential campaign of Hillary Clinton. After that, she became active in the Democratic Party helping to organize precincts and get out the vote. She became a precinct chair and also was a member of the State Executive Committee of the North Carolina Democratic Party. In addition to founding the Mecklenburg County chapter of the Asian American Pacific Islander Democrats of Mecklenburg County, she was a vice president of the Democratic Women of Mecklenburg County and vice president of the North Carolina Senior Democrats. She was a strong advocate of empowering minorities to get involved in politics. In 2018, Jyoti served as president of the Filipino American Community of the Carolinas. Jyoti was a charter member of the Charlotte International Rotary Club and later joined the Rotary Club of South Charlotte where she is well remembered by the members. Jyoti's life and accomplishments were well supported by her loving husband, Marc, who she married July 14, 1986. She was also a devoted mother. She is survived by her husband, Marc Friedland; two children, Mainjari Friedland of Charlotte and Prabhat Friedland of Washington, DC; as well as her sisters, Evangeline Bayog Manzano of Manila, Philippines; Susan Bayog DeVera of Manila, Philippines; Luzviminda Bayog of Manila, Philippines, Maribet Bayog of Pampanga, Philippines; Flora Malicsi Bayog Adobas and Pelita malicsi Bayog of Ibiza, Spain. She was preceded in death by her parents, sister Christine Bayog, and brothers Leopoldo and Alexander Bayog. A service to celebrate Jyoti's life will be held on Thursday, May 12, 2022 at 2pm at McEwen Funeral Home - Pineville Chapel, 10500 Park Rd., Charlotte, NC 28210. Dress casually, and bright colors encouraged! Fond memories and expressions of sympathy may be shared at www.McEwenPinevilleChapel.com for the Friedland family.
See more See Less

In Memory Of Josephine "Jyoti" Friedland