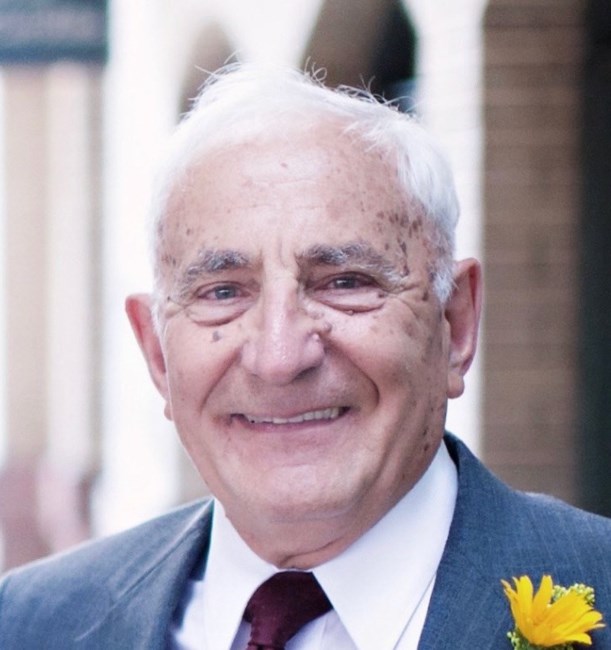 Mario Adam Acitelli, 1930-2022 Mario Adam Acitelli died at his Charlotte home on May 11, surrounded by family. He was born in upstate New York. His father was a coal and gypsum miner, and his mother worked in a canning factory; and Mario picked beans and topped onions to earn extra household income. One day, the adolescent Mario tried to jump in the cab of the truck that gathered children for the fields because he felt it was too cold to ride in the truck bed. Instead, he fell and a wheel went over his right leg. Mario missed a year of school but kept up with his studies, and became the first in his family to graduate college — the University of Buffalo — and he then earned a PhD in organic chemistry from Cornell in Ithaca, N.Y., working as a teaching assistant and soaking up the ambience of the Ivy League town. Heady stuff for the son and sibling of immigrants from the small village of Assergi in Italy’s Abruzzo province. (Mario was also inducted into his high school hall of fame in Oakfield, N.Y., in 2006.) In 1961, he married Joan Salerno, a nurse he met on a blind date. They would have eight children. The couple settled in the Rochester, N.Y., area and then near Endicott, N.Y. Mario enjoyed a successful career in the material sciences field at Bausch & Lomb and, especially, IBM. He became a senior scientist there, and was involved in starting IBM’s Charlotte office, transferring with hundreds of others in 1979. Their arrival helped transform the Charlotte region. Mario volunteered as a Marriage Encounter coordinator, handyman and Eucharistic minister in Catholic parishes in New York and North Carolina (and at Charlotte Catholic football games). Through his 91st birthday, too, he was an expert gardener, precise cook — and winemaker and sausage-maker, often with opera playing — and skilled carpenter (the scientific background helped). Fluent in Italian, he also rekindled an interest in his parents’ natal region later in life, traveling to Abruzzo often. He loved family life in general, his face lighting up at what were inevitably big gatherings and his mind energized as he tutored and mentored his children and their friends. His survivors include children Catherine Picone (Larry) of Matthews; A.J. Acitelli (Beth) of Weddington; Maria Kassouf (Jeff) of Arcadia; Carrie Stoehr (John) of Charlotte; Liz Roberts (Jason) of Waxhaw; Mark Acitelli of Charlotte; and Tom Acitelli (Elizabeth) of Cambridge, Mass.; as well as 19 grandchildren and 16 great-grandchildren. A daughter, Nancy Acitelli, died in 2017. Joan Acitelli died in 2018 due to complications from Alzheimer's. Mario’s care of his wife at their longtime South Charlotte home in her final years exemplified his character traits of hard work and devotion to family, which he imparted to his children. Visitation will be at 3 p.m. Wednesday at St. Gabriel's Catholic Church, with a funeral Mass at 4 p.m. Instead of flowers, the family suggests donations in Mario’s name to the Matthew Graziadei Scholarship Fund — via the Exceptional Children’s Assistance Center in Davidson, N.C. — or that you help someone solve something.
See more See Less

In Memory Of Mario Adam Acitelli