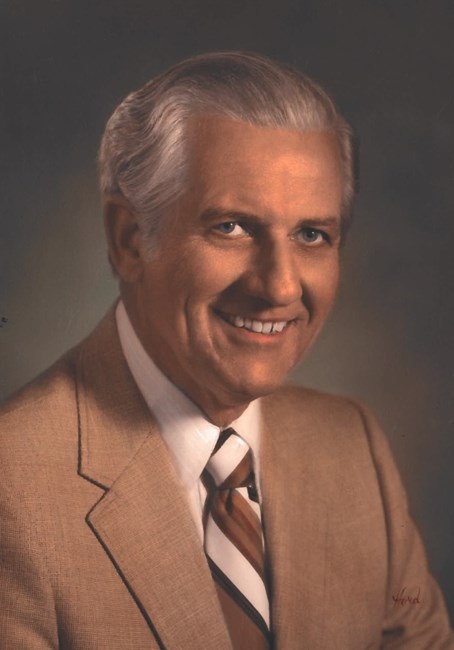 Swinton Jenkins ‘Jenks’ Anderson, aged 96, died peacefully on Tuesday, September 20, 2022 in Matthews, NC. Born in Charleston, SC on July 8, 1926, he was preceded in death by his parents, Harry Walker Anderson and Beulah King Warren Anderson of Charleston, SC and his brothers Harry, Herbert, and Warren. Jenks enlisted in the U. S. Navy at 17 years old and was honorably discharged in 1946. He graduated from the Citadel in 1949 with a B.S. in Civil Engineering and met his wife, Elowise, in Charleston. Jenks spent his entire career at Florida Steel Corporation (now Gerdau AmeriSteel), retiring as a Regional Vice President in 1992. He served on the board of several business and community organizations. In 1973 Jenks received recognition for completing the Executive Program at the Kenan School of Business at UNC - Chapel Hill. He was an avid golfer, a skilled woodworker, a Rotarian, and enjoyed extensive traveling with his wife. Jenks was a faithful member of Providence United Methodist Church and remained active in the Wesley Men’s Sunday school class. He loved to read, especially military history, was a captivating storyteller, and was devoted to his family. Jenks was a kind and humble man who communicated with a wealth of wisdom and wit. He is survived by his beloved wife of 72 years, Elowise Hutchinson Anderson; two daughters, Gloria Anderson of Asheville and Deborah Wooden of Charlotte; four grandchildren, Elizabeth Mansfield of Asheville, Susan Walsh (Dónal) of Charlotte, Katherine Cutspec (Josh) of Asheville, and David Wooden of Raleigh; two great-grandchildren Aidan and Allison Walsh of Charlotte; as well as numerous nieces and nephews. A Memorial Service will be held at Providence United Methodist Church, 2810 Providence Road, Charlotte at 1pm on Monday, October 3rd, weather permitting. In lieu of flowers, the family requests a contribution to the charity of your choice, or to Hospice & Palliative Care in Charlotte.
See more See Less

In Memory Of Swinton Jenkins Anderson