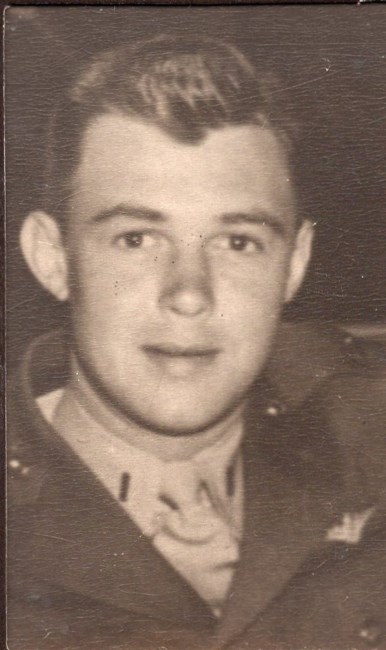 William Edward Ferris Jr, 97, passed away peacefully in his sleep, at his home on August 6, 2020. Born on August 30, 1922, in White Plains, New York, to William Edward Ferris and Margaret Elizabeth Ferris, Bill was an only child. Bill’s father professionally raced bikes prior to WW1, to include the 24-hour races at Madison Square Garden, teaming with his cousin. Bill’s mother is among the first field female US Deputy Marshall. She lived an exciting career, guarding the Teapot Dome scandal female jurors and Tokyo Rose. Bill moved to Berwyn, Maryland, near the University of Maryland, at a young age and helped his parents run a chicken farm. Unfortunately, his father passed away when Bill was 12. Bill and his mother kept up the farm but he also found time for adventure, to include hitchhiking to the 1939 World’s Fair in New York. Upon graduation in 1940 from McKinley Tech High School, Washington DC, Bill joined the Naval Reserve and spent the summer preparing an old Lend Lease destroyer, the USS Hunt, for readiness to be turned over to Great Britain. Bill then attended both the Devitt Preparatory School as well as the Randall’s Prep School from 1940-1942, to attempt to gain entrance to the U. S. Naval Academy. Not receiving an appointment to the Naval Academy, Bill entered Naval Aviation Training in 1942. In Pensacola, Ted Williams, the famous Boston slugger, shared Bill’s barracks with other flight cadets. Bill earned his Naval Aviator wings in March 1944, at the age of 21. He commissioned as a Second Lieutenant in the U S Marine Corps. His first assignment took him to the Mojave Desert, in California, as an instrument flight instructor for MASG-51. Bill also flew the mail route throughout Southern California, which allowed time to frequent Hollywood establishments where he occasionally was mistaken for another Marine, movie star Tyrone Power. In early 1945, the Marine Corps sent Bill to a wartime Marine Night Fighter Squadron, VMF(N) 541 of MAG-24, stationed at the island of Peleliu. He flew several combat missions but primarily trained, up to three flights per day/night, for the imminent invasion of Japan, which fortunately never occurred. In the Fall of 1945, after the Japanese surrender, Bill’s squadron transferred to Nan Yuan Airfield, Peiping, China. Bill flew reconnaissance missions against the Communist Chinese led by Mao Zedong, flying over such sights as the Great Wall of China. He also befriended the local Catholic group in Peiping. Upon returning to the United States in the spring of 1946, Bill drove the local postal route and took classes at the University of Maryland. In addition, Bill maintained an active membership in the Washington Catholic Singles College Club throughout the 1950’s, where he served as the social director. There Bill met his future bride, Reba Marie Ransom. Bill and Reba married on June 20, 1959, at St. Thomas More Catholic Church in Washington. Bill and Reba subsequently settled in Montgomery County, Maryland and raised their six children. Bill actively engaged in raising his family. He coached little league baseball teams as well as CYO basketball teams. He served as an Assistant Scoutmaster for his three sons. Bill also spent numerous weekends watching his youngest daughter competitively swim. He took pride in the fact that all six of his children graduated from college with three even completing post graduate work to include a law degree and a Phd. For work, Bill became a Realtor, selling initially for Hubert Humphries and Associates throughout the 1950’s. He moved to James L Dixon Real Estate Company in the early 1960’s where he specialized in commercial real estate. Mr. Dixon’s wife, Jeane, happened to be the famous self-proclaimed psychic – Bill never believed any of it. Bill eventually purchased and oversaw Ferris Manor Apartments, in Berwyn Maryland, on the land where he grew up. He also formed his own real estate company, W Ferris and Company, at the age of 54. At the young age of 82, Bill sold his apartments and retired. Bill and Reba then moved to Bethany Beach, Delaware, in 2005, where they attended daily Mass, to include the vibrant coffee social afterwards. Bill and Reba also hosted a very popular annual Christmas party which attracted many local friends. He stayed active and even played golf with his sons and sons-in law to celebrate his 90th birthday. Bill and Reba moved to Brightmore of South Charlotte in 2015. There Bill enjoyed poker nights twice a week with residents as well as fine dining at the Brightmore restaurant. A devout Catholic, Bill’s strong faith guided him throughout his life. Bill cherished the gift of life and adjusted as he aged, finding new ways to stay happy. In fact, his favorite saying was ‘Is everybody happy!’ Bill is predeceased by his parents William (1892-1935) and Margaret (1898-1995), as well as his wife of 60 years, Reba Marie Ransom Ferris (1930-2019). Bill is survived by his six children, as well as five son and daughter-in-law’s: William Edward III and Jennifer of Charlotte, NC, Patrick Arthur and Emily of Jarrettsville, MD, Michael Louis of Charlotte, NC, Eleanor Margaret Russell and James of Lexington, SC, Margaret Mary Overstreet and Blaine of Cary, NC, and Reba Marie Miller and Greg of The Woodlands, TX. Bill is also survived by 18 grandchildren and 8 great grandchildren. Much loved by many, Bill will be missed. The viewing for William E Ferris, Jr, will take place from 7-9pm, on August 17th, at the McEwen Funeral Home, Pineville, NC – 10500 Park Rd, Charlotte, NC. The Funeral Mass is scheduled for August 18th, at 11:00, at St. Matthew Catholic Church, 8015 Ballantyne Commons Pkwy, in South Charlotte. The Church can safely seat up to 250 people, but masks are required. In lieu of flowers, a contribution to MiraVia of Charlotte will be appreciated. Online condolences may be shared at www.mcewenpinevillechapel.com.
See more See Less