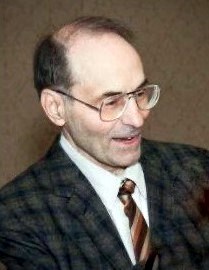 Donald Vincent DiMassimo, born on January 11, 1938, son of Natale and Aurelia Perna DiMassimo. He is survived by his loving wife of sixty years, Maria Marino DiMassimo, his three adult children, Mark (Jill), Maria, and Cara (Jesse), seven grandchildren, Jessica Stala, Jacki Stala, Max DiMassimo, Alex DiMassimo, Luca Ball, Jack DiMassimo, and Raina DiMassimo Garris, and two great-grandchildren, Emberly and Briella. He is also survived by his brother Robert and sister Natalie, two nieces and two nephews. A professional engineer, Donald earned a B.S. from Newark College of Engineering, and an M.S. from Stevens Institute of Technology, where he continued post-graduate studies. He held multiple patents for microchip designs and his innovations fueled a range of technologies from satellites and particle accelerators to many of today’s devices. He was an avid tennis player, a club champion, and a lifelong athlete, including high school and college tennis and soccer, and was a threat at anything that included a ball. His family was his priority and he spent all non-work time throughout his life creating adventures and playing with his children, grandchildren, and extended family and friends. A Memorial Mass will be held at 4 pm, followed by a Celebration of Life, Sunday, May 15th, Church of the Incarnation, Hillsdale Dr. Donations in his memory may be sent to the St Jude Children’s Research Hospital or American Heart Association.
See more See Less

In Memory Of Donald Vincent DiMassimo