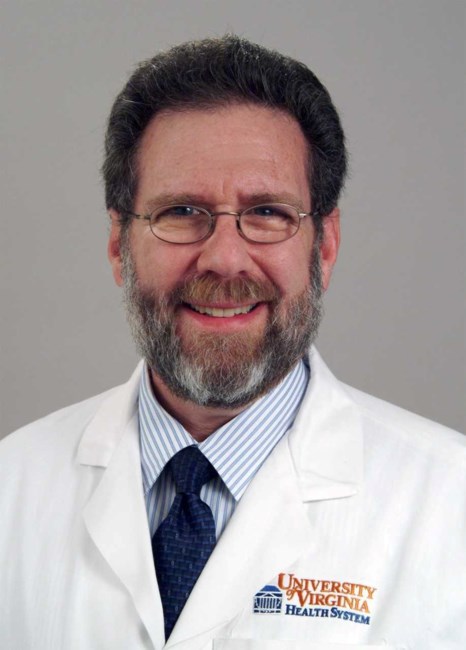 Dr. Michael Rein passed away at home on December 5, following a 2 ½ year battle with pancreatic cancer. He was born in Washington, DC, to Charles and Norma Rein, and he grew up in New York City. Michael graduated Magna Cum Laude from Harvard College in 1965 and from Harvard Medical School in 1969. His training in Internal Medicine and Infectious Diseases took place at Mount Sinai Hospital in New York, at the University of Virginia Medical Center, and at the Centers for Disease Control in Atlanta. He joined the faculty of UVA Medical School in 1975, where his love of teaching and devotion to patient care guided his career until he retired as Professor of Medicine in 2008. He was a consultant to the World Health Organization, the National Institutes of Health, and the Centers for Disease Control. He was a member of many professional societies and served as President of the American Venereal Disease Association, Governor for Virginia of the American College of Physicians, and President of the Albemarle County Medical Society. He was the recipient of numerous teaching awards as well as national honors. In addition to editorial work for many medical journals, Michael was an author of more than 240 publications. In the Charlottesville community, Michael served on the Medical Advisory Committee for the Charlottesville Free Clinic, was a reader for Recording for the Blind and Dyslexic, happily judged the Piedmont Regional Science Fair, and served on the board of Family Service, Inc. He was an active member of the Albemarle Amateur Radio Club where he served on several committees and participated in community service events. He was also a member of the Charlottesville Astronomical Society and of Congregation Beth Israel. Michael was preceded in death by his parents, and by his brother-in-law, Lawrence Josephson. He is survived by his wife of 54 years, Marjorie; his son Andrew, daughter-in-law Shea Pepper, and granddaughter Ada, of Bronxville, NY; his son Allen, daughter-in-law Ann Hudson, and grandchildren, Hannah and Joshua, of Evanston, IL; brother James Rein and sister-in-law Kristine Baxter of New York City; sister-in-law Janet Pennewell of Annapolis, MD, and nephew, Zachary Josephson, of Washington, DC. He also leaves behind many dear friends who appreciated his warmth, integrity, and, especially, his great sense of humor. The family wishes to thank Michael’s many dedicated doctors, nurses, and caregivers in addition to a wonderful hospice staff. Donations may be made to Hospice of the Piedmont, 675 Peter Jefferson Parkway, Suite 300, Charlottesville, VA 22911. A private service will take place at the University of Virginia Cemetery.
See more See Less

Services will be private.