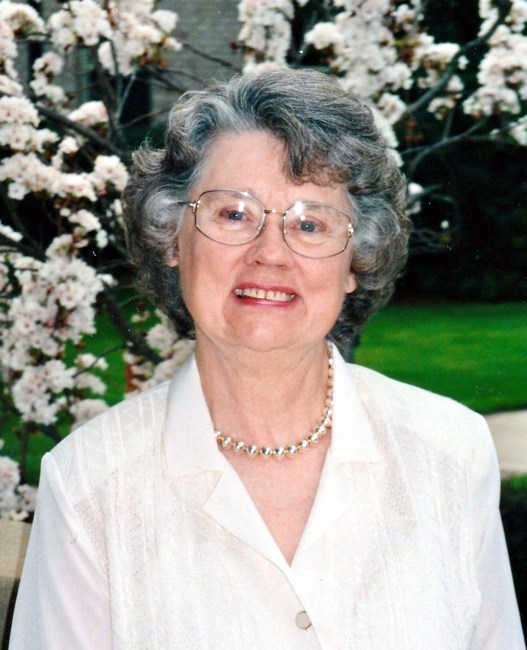 Nancy Eleanor (Ruff) Buckley, 92, passed away peacefully on January 16, 2023 at Linden House Assisted Living in Charlottesville, Virginia. Nancy was born on November 9, 1930 in Rock Island, Illinois to Harmon and Bertha Ruff. She graduated from Rock Island High School in 1947 and Augustana College in 1951, and then worked as the Assistant Society Editor for the Rock Island Argus newspaper until she married Robert (Bob) Buckley in April 1956. The Buckleys soon relocated to Hastings, Nebraska where Bob began his career in television broadcasting with KHAS-TV, and where Bob and Nancy began to raise their family. Nancy enjoyed a rich and fulfilling life as a wife, mother, and active member of the Hastings community. Nancy was a 50-year member of the P.E.O. Sisterhood Chapter G, a longtime member of the First United Methodist Church where she sang in the choir, and a member of various clubs and groups including the Outlook Book Club. Nancy loved to sing and play piano, and together with a good friend, would perform musical programs for various groups and organizations throughout her 35+ years in Hastings. Upon Bob’s retirement, Bob and Nancy left Nebraska to split their time between Sun City West, Arizona and Estes Park, Colorado. They eventually settled full-time in Sun City West until Bob’s passing in 2021, when Nancy then relocated to Charlottesville, Virginia to be near her daughter. In addition to her parents, Nancy is preceded in death by her husband of almost 65 years, and by her son Jim Buckley. She is survived by her son Tom Buckley and wife Anne (of Zionsville, IN) and their four children Jonathan, David, Megan and Daniel; and her daughter Liz Balmer and husband Tom (of Charlottesville, VA). Nancy will be laid to rest alongside her husband and son at Sunland Memorial Park in Sun City, Arizona. In lieu of flowers, donations can be made to Hospice of the Piedmont in Charlottesville, Virginia; or the P.E.O. International Sisterhood.
See more See Less

In Memory Of Nancy Eleanor Buckley