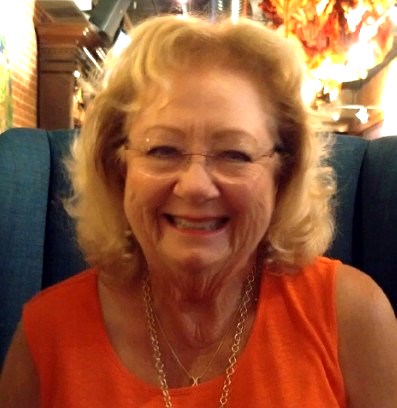 Diane E Karel, 73, passed away peacefully in her sleep at home on Wednesday, May 20, after succumbing to her illness of idiopathic pulmonary fibrosis. She is survived by her loving husband, J. Sargent “Sarge” Slicer, whom she married in 1989, and her three sisters: Lindy Ralphs of Idaho, and Laura Karel and Lisa Cavicchia, both of Florida. She is also survived by her three stepchildren: Eric (Laura) Slicer of East Sandwich, Mark (Amy) Slicer of Shrewsbury, and Adam (Lauren) Slicer of Holliston and their children: Emily, Max, Campbell, Colin, Kyle, and AJ. Diane was born in Queens, New York and grew up in Huntington, Long Island, graduating from Walt Whitman High School in 1964. After two years at Elmira College, she transferred to Ohio Wesleyan University, where she graduated in 1968 with a BS in Bacteriology. She was a member of Alpha Chi Omega sorority. She moved to Boston and was employed in a lab and a doctor's office before briefly going into pharmaceutical sales. She also taught ballroom dancing in the evenings. At this time, she started playing tennis, which was to become a lifelong pursuit, and joined the Wayside Tennis Club. She then worked as a secretary at a large property insurance company, which led to her successful career as a property insurance broker at Johnson and Higgins and later at Marsh and McLennan. She retired as an AVP - Senior Property Insurance Broker in 2007. In 1994, Diane and her husband moved to Morristown, New Jersey, where they were active members of the Maplewood Tennis Club. They became Honorary Members in 2007. After retirement, Diane and Sarge moved to Chatham into his parents' house, which he had helped build as a teenager and which they had bought in 1999. They became actively involved in the Chatham Harwich Newcomers Club and hosted an annual “Theater/Dinner” event. They also joined the Monomoy Yacht Club and were active in its annual September Beach Party. Diane was a member and on the Board of The Women's Club of Chatham and was co-chair for its book “Flavors of Chatham” a Centennial Celebration of the Women’s Club of Chatham in 2014. She was an avid reader and on the Board of the Friends of the Eldredge Public Library and a member of the Chatham Garden Club. On the Cape, Diane was a member of the Wychmere Tennis Club and the Mid Cape Tennis Club. In the last few years, she developed a love for golf and joined the Cranberry Golf Club. Her last new sports activity was platform tennis, and she became a member of the Chatham Platform Tennis Association. Each year from mid-January through April, Diane and her husband drove to Plantation, Florida for a “vacation” at her mother's house, which they inherited in 1999. She played tennis at least once every day, as well as golf more recently. She was a member of the Frank Veltri Tennis Center and The Bridges at Springtree Golf Club. Diane loved to travel. She and Sarge took trips to Hawaii (their honeymoon and 10th anniversary), England, France, Portugal, Germany, Austria, Italy, Sicily, Greece, Cuba, and Alaska, as well as to many other places in the U.S. She loved classical music (the radio was always on) and the theater and was a season subscriber to the Boston Symphony Orchestra and the Cape Cod Symphony, as well as the Monomoy and Cape Rep Theaters. The adjectives to describe Diane are endless. She was a wonderful listener, an avid mentor in her work life, a hardworking organizer, and a loyal friend. She was outgoing, friendly, optimistic, full of life, and happy. She will be deeply missed by her husband, family, and the countless friends she made over the years. In lieu of flowers, we ask that you please make a donation to the Eldridge Public Library in Diane's name: https://www.eldredgelibrary.org/
See more See Less

In Memory Of Diane Elizabeth Karel