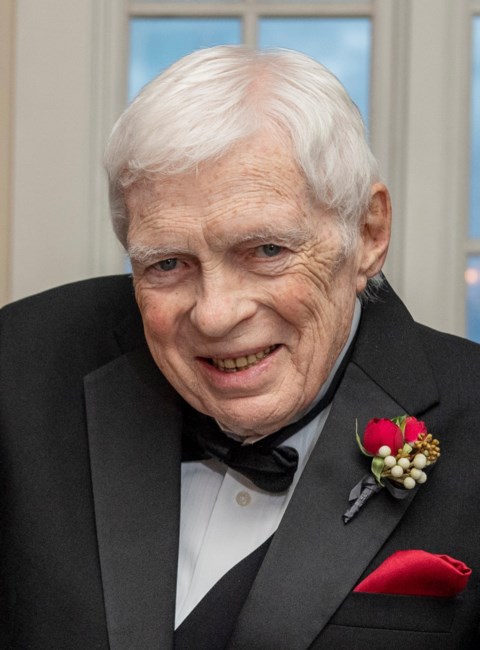 Frederick Howard Connelly, Jr. died after a long illness on January 15, 2022, about 3 weeks shy of his 83rd birthday. Fred was born the eldest of four siblings in Attleboro to Frederick H. Connelly, Sr. and Marie (McNally) Connelly. He attended the Coyle High School in Taunton, MA, and he graduated at the top of his class from the Massachusetts College of Pharmacy and Health Sciences in 1963, where he was a member of the Phi Delta Chi fraternity, ETA Chapter. Fred’s love for Cape Cod was first cultivated during family trips to their Harwichport cottage. His desire for “one last Cape summer” following his college graduation fortuitously turned into year-round, employment at Monomoy Pharmacy in Chatham. A few years later, Fred met his future wife, Dianne, a recent Boston University nursing school graduate who was summer interning two doors down at Chatham Medical Offices. Conspiratorial cupids at the Medical Office and Fred’s later courting shenanigans eventually won her over, and they subsequently married in 1968 and settled in Chatham. Fred was a history buff, loved Boston sports, subsisted on gallons of ice cream each week, and adored all his 4-legged canine companions, but his life was defined by his career in Pharmacy, service to Chatham’s community, love of the outdoors, and pride in his family. He was a pharmacist for over 50 years, spending the majority of his career at Monomoy Pharmacy and ultimately retiring from Apothecare of Cape Cod in Hyannis. Fred’s cheery countenance, curly white locks, and jovial banter with customers and staff across the elevated pharmacy counter was balanced by meticulous thoroughness at his trade, compassion in his patient consults, and willingness to fill and deliver prescriptions after hours. Fred was also elected to Chatham’s Board of Health in March of 1971, where he spent many hours both in a regulatory and on-site inspection capacity. He had an eidetic memory and therefore the uncanny ability to recall the entire history and associated board decisions of any piece of property in town. At his retirement roast after over 25 years of service, it was estimated that Fred had attended roughly 900 Board of Health meetings, each averaging well over 3 hours, because if you knew Fred, his gift of the gab “could sure keep the conversation going and meetings [got] rather long”. He was further recognized for his love for Chatham, which bred a desire for far-sighted decision-making and resulted in his further dedication of many additional hours attending other agency or board sessions, and “studying, learning, pondering, weighing, and coming to what, at times, were very painful decisions, and, many times, defending those decisions in board meetings, in court, and [due to his easy accessibility at Monomoy Pharmacy] in the workplace”. In his retirement, Fred continued to follow local government as a regular town meeting attendee and on Chatham’s Channel 18 from the comfort of his recliner, engaging in the current debate anyone who happened by the den. In his spare time, Fred enjoyed seasonal deer hunting trips to Maine, striper fishing in Pleasant Bay, and ice fishing and hockey on the local kettle ponds. A member of the Cape Cod Fish and Game Association, he volunteered for many years with the annual youth catch and release fishing derby. Fred was also a skilled gardener, cultivating most of their back yard with all varieties of vegetables until the maple trees grew too shady, and he moved operations over to one of Chatham’s Community Garden plots. His daily cruise around town, also known as “Fred on Patrol”, included leisurely stops to appreciate Chatham’s natural beauty. Fred unconditionally loved his family and especially his three daughters; and his grandson, whom he bonded with over a shared love of model trains, was the light in his life. Fred was also extremely proud of his Irish heritage and enjoyed the various creative ways his daughters chose to celebrate him. A highpoint in his life were his travels to England and Ireland, which satisfied both his love of history and strong connection to his roots. Fred is survived by Dianne (Likos) Connelly, his wife of 53 years; daughters Kathleen (Clay) of Honolulu, Hawaii, Marcia (Shane) of Watsonville, Calif., and Carolyn (Timothy), of South Chatham; grandson Cuinn Connelly of Watsonville, Calif. and step-granddaughter Elizabeth Cantrell of Brooklyn, NY; brother Robert Connelly of Moultonborough, N.H.; brothers-in-law Thomas Likos, Jr. (Patricia) of Makaha, Hawaii, Stephen Likos (Lillian) of Mattapoisett, and David Likos of West Chatham; and numerous nieces and nephews. He was predeceased by his parents, his brother Raymond Connelly, his sister Elizabeth L’Esperance, and his parents-in-law, Thomas Likos, Sr. Aldona (Matulis) Likos. A funeral Mass will be held on Friday, January 21st at 10AM at the Holy Redeemer Catholic Church in Chatham. The burial will be private. The family plans to celebrate Fred’s life with extended friends and family in warmer weather at a later date. In lieu of flowers, Charitable donations may be made in his name to: St. Jude Children's Research Hospital http://www.stjude.org
See more See Less

Burial will be private