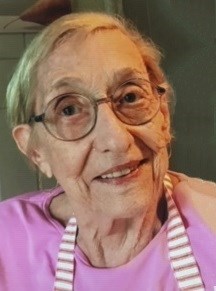 Patricia (Pat) Eleanor Cass of North Chatham, MA, died Monday, May 20th, 2019 at her home surrounded by nurses, family and friends. She was born in East Orange N.J. to Robert G. Cass and Doris S. Cass on October 28th 1933. She is survived by her twin sister, Nan C. Strohla of CT and brother, John William Cass of NJ. Her brother, Robert G. Cass, Jr. of Cape Cod predeceased her. She is, also, survived by her sister- in–law, Sharon Stella, and several nieces and nephews: Holly Leahy, Michael Cass, Jenn Cass, Sara Zesski, Patti Strohla, and Peter Strohla. Pat graduated from the University of Hartford in 1959 and worked as a business management trainer in Cambridge, New York, and San Francisco for 16 years. She performed in community theatre in Cambridge, starring in Cat on a Hot Tin Roof. Her last 20 years of work were spent with the Department of Transportation in Washington, D.C. She was a specialist in water ferries and transportation for the physical and mentally challenged. When Pat retired around 1997, she moved to her beloved Cape Cod which she had been introduced to at an early age. She treasured the beaches and the water. She quickly became an integral part of the community and St. Christopher’s Episcopal Church. She served on the Alter Guild, was a Liturgical Reader, baked the communion bread for 15 years and lovingly prepared meals for Church events and those in need. Until recently, Pat was a volunteer driver and scheduler for Fish. She loved Chatham’s First Night and the 4th of July parades and volunteered in them for many years. She was a volunteer for the Chatham Marconi Maritime Center. The family would like to thank the “village" of Pat’s friends from St Christopher’s Episcopal Church, the caregivers from Bridget’s Home health Care and the Hospice nurses from Broad Reach Healthcare. In lieu of flowers, please make a donation to your favorite charity in Pat's name. A celebration of Pat’s life will be held Thursday, May 30th, 2019 at 11 a.m. at St. Christopher’s Episcopal Church, 625 Main Street, Chatham, MA 02633 .
See more See Less

In Memory Of Patricia E. Cass