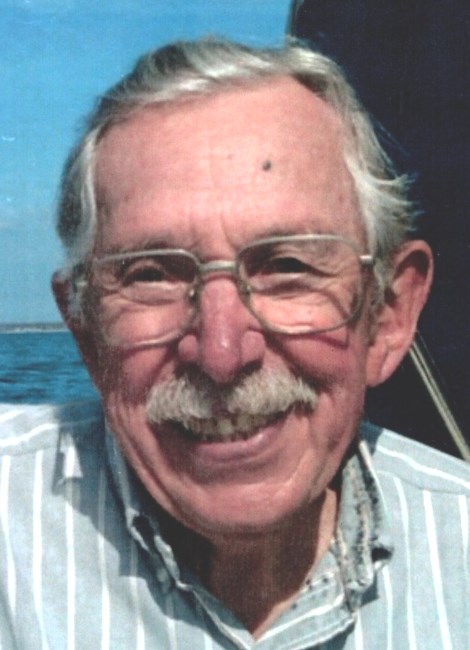 William F. Schweizer, a longtime resident of Chatham, Massachusetts, passed away on Wednesday, November 13, 2019 in Brewster. Bill was born in New York City on September 4, 1927, to the late William W. and Anna (Hamel) Schweizer. He graduated from the McBurney School for Boys in Manhattan in 1945 and received a B.C.E. in Civil Engineering from Rensselaer Polytechnic Institute in 1949. He served in the U.S. Army from 1954 to 1956. Bill was predeceased by his wife of 63 years, Barbara (O’Brien) Schweizer, in 2018. During Bill’s early career as project manager for the Morrison-Knudsen Company, he and Barbara lived for short periods in California, Missouri, Oklahoma, and Wyoming. During a family vacation to Chatham in 1964, he decided to quit his job and move his young family to Chatham. Along with a business partner, Bill established the Sea-Lake Corporation, a real estate development company which built many homes in Sandwich, most notably, the Lakewood Hills and Lakefield Farms developments. Bill later formed his own company, Barnstead Builders, where he continued to build residential properties. Bill was an active member of the Chatham community, serving as a member of the Chatham Finance Committee and as Director of the Chatham Water and Sewer Department. Bill was also actively involved with the Chatham Conservation Foundation and with the Chatham chapter of AFS, hosting students from California, Illinois, Italy, and Austria. He was an avid skier until he was nearly 80 and he enjoyed sailing on his boat, Good Medicine. Bill was most proud of the home he built for his family overlooking School House Pond, where he and Barbara hosted many guests and family reunions. Bill leaves his son, John Schweizer and his wife Shelly of Ashland, MA; his daughter Ann Schweizer of Chatham; his grandson Eric Schweizer and his wife Julie of Boston; and his granddaughter Hayley Schweizer of New York City. He also leaves many brothers and sisters-in-law, nieces and nephews, with whom he was close. He was predeceased by his eldest son, William Schweizer and his sister, Anita Wilkens. Visiting hours will be held on Monday, November 18, from 1:00pm to 2:30pm at Nickerson Funeral Home at 87 Crowell Road in Chatham. A memorial service will follow the visiting hours at 2:30pm, followed by internment at Peoples Cemetery in Chatham. In lieu of flowers, memorial contributions can be made to the Chatham Conservation Foundation, Inc. and the Eldredge Public Library in Chatham. Funeral arrangements are under the direction of Nickerson Funeral Home, for online condolences, please visit www.nickersonfunerals.com.
See more See Less

In Memory Of William F. Schweizer