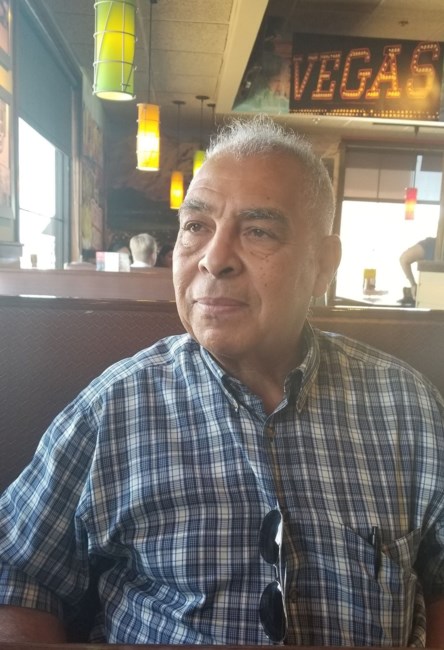 Douglas Dwight England came into this world on August 21, 1943, in Chattanooga, Tennessee. He was the second of four sons born to William Luke England, Sr., and Alice Ruth Wells England. Doug started elementary school at age five and attended elementary and high school in Decatur and Birmingham, Alabama. He began playing the drums in the fifth grade and continued playing drums in elementary, high school and college bands. Doug graduated from Decatur’s Lakeside High School in 1960 and began attending college at Tuskegee Institute where he earned the Bachelor of Science degree in Secondary Education. While at Tuskegee, Doug played in the college marching and concert bands, and the jazz orchestra. During this time period he also earned money playing drums for a locally popular R&B, and jazz band. Doug was drafted into the U.S. Army and served from 1967 to 1969. He was assigned to the 2d Infantry Division in South Korea. While serving in South Korea, Doug was selected to become a member of a musical group that traveled throughout the country providing entertainment for military personnel and their families. Doug relished this opportunity first, for the musical experience, and second because it exempted him from the normal regular duties of a soldier. After being honorably discharged from the Army, Doug relocated to Los Angeles, California, and later to Las Vegas, Nevada, where he worked primarily in the security services industry. He lived in Las Vegas until his death on August 21, 2022, his 79th birthday. Doug was predeceased by his younger brother, Gerald K. England in 1972. He is survived by his two daughters, Candice England Scott, Oakland, CA, Brenda Charlette England, Los Angeles, CA; and their mother, Rosalita Smalley, Los Angeles, CA; two brothers, William Luke England, Jr. Silver Spring, MD and Gregory L. England, Hackensack, NJ; as well as a granddaughter, Sydney Rose (age 17); and a grandson, Dallas (age 15). Also left to mourn Doug are nephews, William Lansing England, Concord, NC, Kevin Douglas England, Silver Spring, MD, Kevin Gerald England, Signal Hill, CA; niece, Faith Danielle England, Silver Spring, MD; first cousins, Anita J. Rivens, Dallas, TX, James Elligan, Jr., Chattanooga, TN, Carol Martin, Cherryville, NC, Dr. Joan Woodward, Annapolis, MD; second cousins, Archie Meredith, Summerville, SC, and Maurice Meredith, Philadelphia, PA, as well as a host of grand nieces and nephews, high school and college classmates. A visitation for Douglas will be held Friday, October 7, 2022 from 11:00 AM to 12:00 PM at Advantage Funeral & Cremation Services-Franklin-Strickland Chapel, 1724 McCallie Ave, Chattanooga, TN 37404. Funeral Service will immediately followo n Friday, October 7, 2022 at 12:00 PM in the funeral home chapel. Burial will be in the Chattanooga National Cemetery, 1200 Bailey Avenue, Chattanooga, TN 37404. Fond memories and expressions of sympathy may be shared at www.advantagefranklin-strickland.com for the England family.
See more See Less

In Memory Of Douglas England