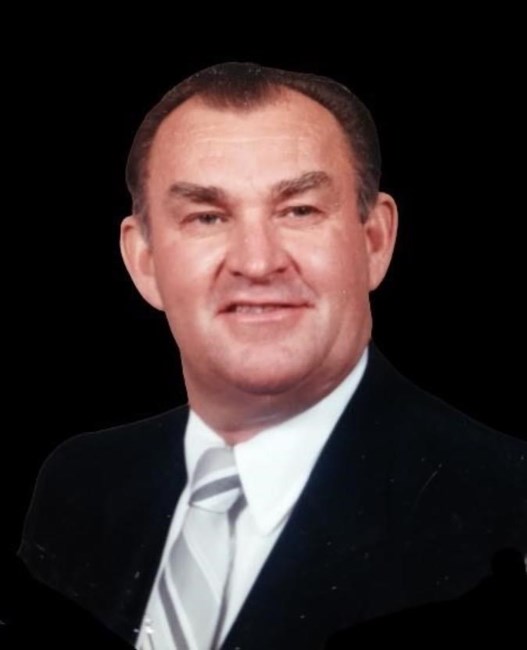 Reverend Kenneth Buchanan Harwell, age 87 passed away peacefully in his sleep on Saturday, August 28, 2021, in Fresno, CA. Kenneth was the youngest of ten children, born on August 18, 1934, in Buckeye, Arizona to parents Nancy L. Harwell and Fred C. Harwell, of Oklahoma. Kenneth grew up in Bakersfield, CA. As a young boy he loved to ride his horses, hang out with his older brothers, when most of them went to serve in WWII, he was granted his driver's license at age 14(after a successful petition by his mother) to the court. This would be the start of his life-long love affair with cars. As a teenager, he would keep the roads hot between Bakersfield and Tulare to visit his teenage sweetheart he met at a Free-Methodist Camp Meeting, Glenda Carolyn Donaldson. Shortly later, the two teenage lovebirds happily married in a modest wedding ceremony held in the Harwell family cottage Kenneth and Carolyn would go on to start a beautiful young family of three children, Cheryl, Stephen, and Lisa. Their lives revolved around Family, Rodeos, Country Music, Ranching, Cars, Racing, and Honky Tonks! Kenneth would say the greatest adventure of his life began the moment he and his wife found Jesus. From that moment on, his life would never be the same. He often said "If I ever go to church, I want to go to my friend, Lou Brown's church. He's a real Christian." The first night he visited Lou Brown's church, a Pentecost Holiness church, Kenneth, and his wife were gloriously saved. Later, the two answered the call of God on their lives and entered a life of ministry. He preached in jails and on street-corners. From a series of God-led connections, he found his way to the Church of God, and became an Ordained Bishop. He served his church in various capacities including Pastor, Missionary, Evangelist, and Church planter. He had a love for all people and loved to preach the gospel. A favorite quote he employed to describe his experience in faith was "When you're born in the fire, you can't live in the smoke. His approach to life in all things. The word mediocre did not exist his universe. He always gave everything his best, and never settled. He often preached in different settings. Instead of behind the pulpit, he would preach at fast-food restaurants, grocery stores, car washes, anywhere he would get a chance to share Jesus. He wanted everyone to know, “Jesus is the answer!” Ken's greatest and most successful achievement? His family. Nothing was more important to him than his beloved wife, and his children. Kenneth would spend years going every day from 6am to 10pm to the care facility where Carolyn spent her final days. He never left her side. He suffered the greatest loss of his life when his life-long beautiful bride of 65 years passed away. Every day since that moment, his heart has longed for the day when they would reunite. On Saturday night, August 28, 2021, the Lord Jesus Christ answered Ken's final prayer here on Earth when he uttered his last words to his grandson Michael, "Son, I want to go home to heaven." He will be greatly missed by all, but the world is a much better place because of him and his legacy of love. Kenneth is survived by his daughter, Cheryl Harwell Bailey (Randall Bailey); his son, Kenneth Stephen Harwell (Veronica Harwell); and his daughter, Lisa Harwell Quillen (Mel Quillen); his Grandchildren, Kendra Collins (Sterling Collins), Roy Hill (Romika Hill), Kenny Hill (Elaina Hill), Jessica Sanderson (Conor Sanderson), Meaghan, Ben, Quillen. Michael Harwell (Bethany Harwell.) Great-grandchildren, Conner Gerry (Erika Gerry), Caeden, Ben Collins, Cailyn, Harper Sanderson Brittany, Cameron, Abby Hill, Cody Johnson, Alyssa Pray, Levi, Alissandra, Tommy Harwell, Riley, Audrey Sandoval, KJ, Church, Kohen, Ebby Hill. Kenneth was preceded in death by his precious wife Glenda Carolyn Harwell; his parents, Fred & Nancy Harwell. In laws Grover & Vivian Donaldson. His siblings, Mary, Fred, Juanita, Wallace, Cecil, David, Paul, Otis, Gene Harwell. Granddaughter Angel Bailey. Graveside Services will be on Wednesday, September 8, 2021 at 11:00 am at Mount Olive Cemetery, Harrison Rd, Cleveland, TN. Arrangements entrusted to Advantage Funeral & Cremation Services Franklin -Strickland Chapel, 1724 McCallie Avenue, Chattanooga, TN, 37404, 423-265-4414. Fond memories and expressions of sympathy may be shared at www.advantagefranklin-strickland.com for the HARWELL family.
See more See Less

In Memory Of Kenneth Buchanan Harwell