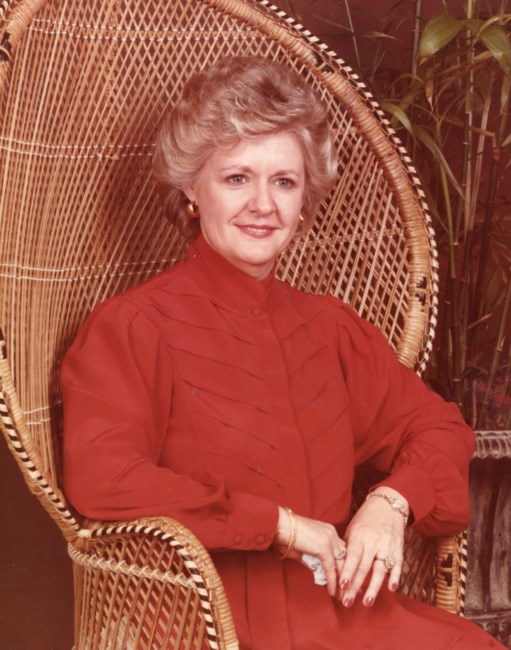 Peggy Ann Griffin Jordan, 86, of Chattanooga, passed away on May 17, 2022, with her family by her side. Peggy was born in Chattanooga, Tennessee to Mary Lucille Johnson Griffin and Homer Howard Griffin, Sr. Peggy attended East Lake and Osborne Elementary Schools, went to Rossville High for 1 year and then transferred to Central High School where many of her brothers and sisters had attended. “Blondie” as she was called at Central was a “High Stepper” Majorette, an ROTC Sponsor, a member of the Anchors Aweigh Social Club and the Nite Owls Club. Peggy also received her 2-year degree in Medical Terminology at Chattanooga State. (CSTCC) Peggy married the love of her life, Major Allen Bernard Jordan on October 10, 1953. They had 3 children; a son, Leslie Allen and identical twin girls, Jana Lynn and Janet Ann and lived in Germany when Allen was stationed there with the U.S. Army. Peggy was an active member of the former Central Baptist Church on McCallie Avenue where she and Allen were married and remained a member when it moved to Woodmore. She was a member of the Grace Class, History Committee, and Church choir as well as numerous other committees. When Central Baptist closed its doors, Peggy transferred her membership to Ridgedale Baptist Church. In Chattanooga, Peggy worked for Marshal Mize Ford in their office and in various medicals settings as a Medical Secretary. Peggy moved to Lady Lake, Florida to be with her twin daughters who were the Recreation Directors at Orange Blossom Gardens (The Villages) where she managed the Community Resource Center. After the twins moved to California to be near their brother Leslie, Peggy moved back to Chattanooga to be near her parents. She received her Real Estate License and worked for Gloria Sutton Realtors until she moved to California to be near her three children. In California she worked for the Motion Picture and Television Medical Insurance Group. Peggy was preceded in death by her husband, Major Allen Bernard Jordan, and daughter, Janet Ann Jordan. She was also preceded in death by her parents, Homer H. Griffin and Mary Lucille Johnson Griffin, and by her brothers, Homer H Griffin, Jr., Norman M Griffin and John David “Buddy” Griffin, her sisters, Eva Marie Griffin Oxford and Nina Griffin Wheeler. Peggy is survived by her son, Leslie Allen Jordan and daughter, Jana Lynn “Cricket” Jordan, her sister, Dorothy Griffin Kelley, and niece, Lynn Griffin Grimsley, as well as a large number of other nieces and nephews. She is also survived by her brother-in-Law, Mack Jordan, Jr. of Chattanooga. Peggy lived a full life was deeply loved by all who knew her, and she deeply loved her family and friends. She will be greatly missed. The family asks that those wishing to do so in lieu of flowers can make a donation to St. Jude, The Red Cross or the American Heart Association. A graveside service will be at 2:00 pm Tuesday, May 24, 2022 at the Chattanooga National Cemetery with Jeff Davis officiating. Please share you memories of Peggy with the family at www.chattanoogaeastbrainerdchapel.com Arrangements are by the East Brainerd Chapel of Chattanooga Funeral Home, Crematory and Florist, 8214 E. Brainerd Rd., Chattanooga, TN 37421.
See more See Less