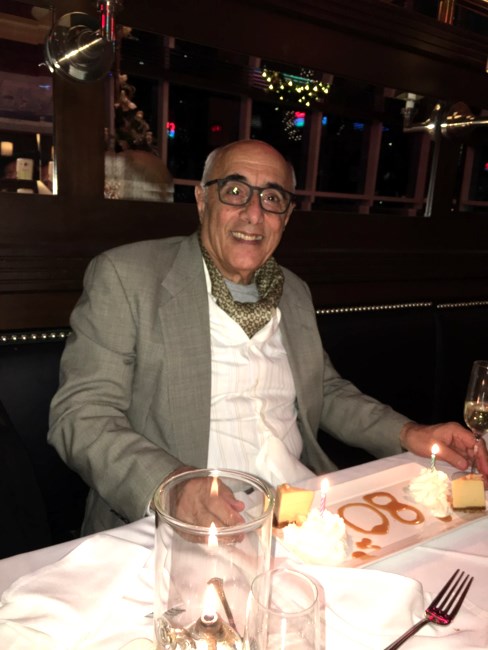 Dr Kambiz Dowlatshahi died on March 17, 2022 in Chicago, IL. He was 84. Kambiz was born on January 1st, 1938 in Kermanshah, Iran. He was the eldest son of Abunasr Dowlatshahi and Nazan Vakili. At the age of 17, he went to England for university & medical school. Once trained as a surgeon, he returned to Iran in 1972, and met his future wife, Lehla, at a party in Tehran. They were married and lived in Tehran until 1980, when while on vacation, the Iran-Iraq War broke out. They would immigrate to America, settling in Hyde Park in Chicago, where they had two sons, Cyrus and Kian. In the United States, Kambiz shifted his focus to breast cancer research and surgery, initially working at the University of Chicago, and then Rush-Presbyterian-St. Luke's Medical Center. After over 30 years of seeing patients and doing research in Chicago, he would receive two lifetime achievement awards from the American Society of Breast Surgeons for his contributions to the field. Kambiz was an avid tennis player, skier, swimmer, occasional windsurfer, and in his adopted home of Chicago especially enjoyed jogging along Lake Michigan. He was a die-hard White Sox and Bears fan, and a feared backgammon player until the day he died. He is survived by his two sons and three brothers. A funeral service for Kambiz will be held Saturday, March 26, 2022 from 11:00 AM to 12:30 PM at Drake & Son Funeral Home, 5303 North Western Ave, Chicago, IL 60625. Following the funeral service will be a graveside service at Rosehill Cemetery, 5800 North Ravenswood Ave, Chicago, IL 60660. Fond memories and expressions of sympathy may be shared at www.DrakeandSonFuneralHome.com for the Dowlatshahi family.
See more See Less

In Memory Of Kambiz Dowlatshahi