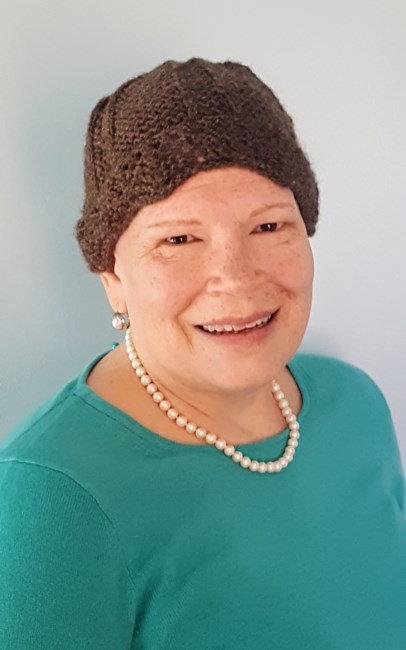 Molly Katherine (Kate) Whitmore, scrap booker extraordinaire, English grammar expert, and world traveler died on May 28, 2019. A resident of Wilmette, Illinois, Kate is survived by her sister Diane (Max) Schanzenbach of Wilmette; brother Rick Whitmore and father Bill Whitmore, both of O’Fallon, Missouri; and nieces Casey, Rikki, and Amy; nephews Peter and Daniel; and a tribe of extended family and loyal friends. She was a member of North Shore Baptist Church. She was preceded in death on the same day by her mother, Mardelle (Don) Grimm. Kate was born on August 17, 1963 in Columbus, Ohio, and later moved to St. Louis for the majority of her childhood. She attended the University of Missouri for her undergraduate studies, and received an MBA from Indiana University. She started her career with Boeing, and after her MBA, accepted a position with Owens Corning in Toledo, Ohio and Salt Lake City, Utah. Ten years into serving the corporate world, Kate answered another calling and served in the U.S. Peace Corps in Cote D’Ivoire. She was evacuated due to political unrest, and returned to Toledo, where she co-owned and managed The Scrapbook Place for several years. Her next career move was to work for Bowling Green State University in Ohio, and she then moved to DePaul University in Chicago, Illinois. The latter brought her closer to family and her sister’s children, whom she treasured dearly. Their presence gave her so much joy! Music played a major role in Kate’s life. One of her many passions was playing in and directing hand-bell choirs at the churches she attended. Kate also loved Broadway and supported her communities and friends by attending local performances. She also volunteered her time and skills as an elder and church treasurer at various times. Kate completed her CPA in her later years, while under the stress of chemotherapy and radiation. She also fulfilled a bucket list—more like a vessel—of places visited, covering all of the 50 states, and creating incredible memories with friends and family around the world. Kate set an incredible example for all of those around her. She used sweet phrases like “Oh my lands,” loved each person unconditionally as their authentic self, and gave generously to important causes especially those impacting children and women. One of her strengths was maintaining and nurturing friendships, regardless of the distance, and where her earthly journey moved her to next. Even at the very end, Kate wanted to be sure her visitors knew exactly why they were so important to her. Through her example and love, and sometimes direct orders, she taught us all how to live, and in her recent years, how to die living. Kate had a heart for lifting up the most vulnerable in our society. In her memory, donations can be made to North Shore Baptist Church, Chicago HOPES for Kids, or the Greater Chicago Food Depository, or another charity. In addition to the visitation and funeral, a celebration of life will be held in honor of Kate on her birthday, August 17, 2019 in the Toledo area, hosted by Laila and Greg Ball in Sylvania, Ohio from 4-7pm.
See more See Less

In Memory Of Kate Whitmore