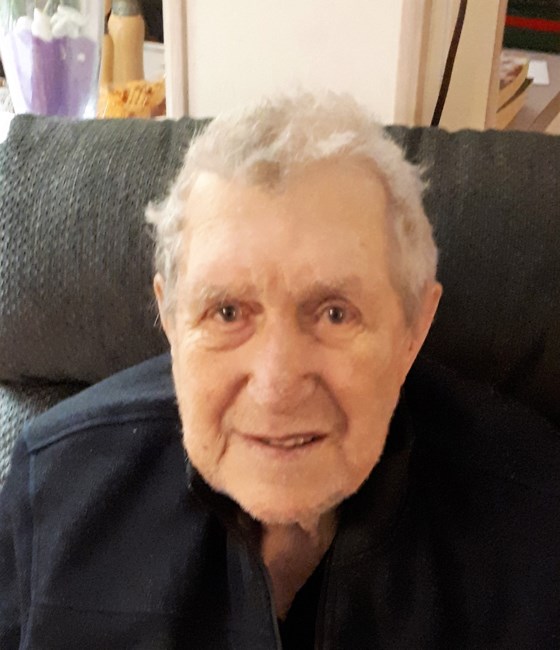 Jim Procure passed away on Tuesday June 25, 2019 at Cascade Hospice Chilliwack, BC at the age of 89 years old. Jim will be sadly missed by daughters - Gwen (Norm Bravender), Susan (Allan Greer), sons - Rick Procure, Gary Procure (Karen), brother - Vic Procure (Evelyn), sister - Lillian Brink as well as numerous grandchildren, nieces and nephews. Jim is predeceased by his wife, Evelyn Procure and his son, Roy Procure. Jim and Evelyn had many interests which included - camping, square dancing, and anything western. Jim was a professional driver for the Military for over 30 years and spent time in the Military in Germany and Chilliwack previously. He will be missed by many.
See more See Less

In Memory Of James Albert Procure