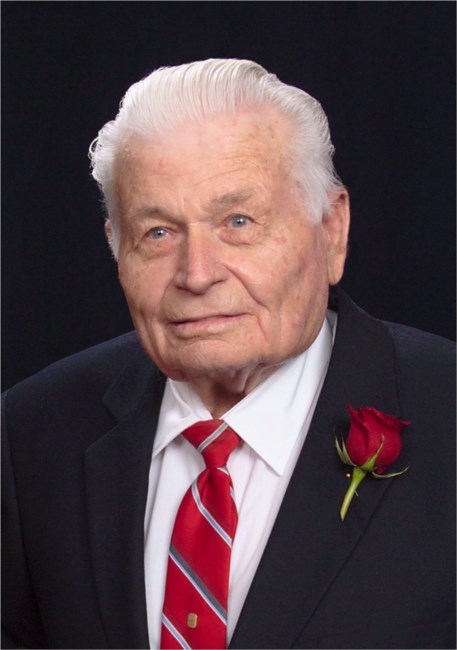 Elvin L Haworth passed away on May 5, 2022, at St Agnes Hospital, Fresno, California, with his wife of 55 years, Kay, at his side. He was 90 years old, fairly close to his goal of 100. Elvin was born in San Fernando, CA, on June 21, 1931, to parents, Lawrence G. and Novella Haworth. He attended Seventh Day Adventist schools in San Fernando and Lynwood and transferred to the Chowchilla SDA School when the family relocated in the 1940s to the Dairyland district of Chowchilla. The remainder of his education was through the school of hard knocks as he pursued his career in farming over the next 60 years. He, his father and younger brother, Gene Haworth, farmed many years as LG Haworth and Sons, then as Haworth Farms when LG retired. When that partnership dissolved in 1980, Elvin formed Ruch Farms and continued farming on his own until his retirement. He was a lifelong farmer except for the time he served his country in the US Army as a medic at Fort Pickett, VA, in the early 1950’s. Through the years he and his family had a dairy, grew almonds, cotton, corn, alfalfa, and rice. After a few years they added seed crops - onions, cabbage, lettuce, carrots, garlic. In the early years machinery for most “seed” harvesting was not available causing Elvin and Gene to design, fabricate, and adapt their own specialized equipment. It wasn’t long before their developed equipment was being utilized throughout the world. The crops the community enjoyed the most were the many fields of beautiful, colorful zinnias and marigolds they grew for seed purposes. They also grew vegetables to be used in soups as well as potatoes for Granny Goose potato chips. Elvin married Charlene Johnson in 1951 and though the marriage ended in divorce, the couple was blessed with three children. Clifford Haworth (deceased), Debi McClurg (deceased), and Russell Haworth (with wife Kim) of Box Elder, South Dakota. He married Kay Samuelson in 1966 and they were blessed with one son, Dennis Haworth (with wife Debra) of Chowchilla. As a younger man there wasn’t much free time for hobbies but Elvin did enjoy hunting and fishing. As he grew older he dropped hunting and spent more time on the water fishing, skiing, and enjoying his houseboat moored at Lake McClure. He loved cruises and visiting other countries, the more primitive the better. His favorite trips were to Central America, Tonga, and China checking out their farming practices. His favorite cruise was to Alaska where he was able to walk on a glacier. Elvin had the unique experiences of having stood on the rim of a volcano in Hawaii and on top of a glacier in Alaska. He supported his children and grandchildren in their education activities as well as 4-H, FFA, band, Boy Scouts, Girl Scouts, dance, and sports. Most recently his heart was in helping children through financial support of local SDA schools, Valley Children’s Hospital, and Saint Jude’s Research Hospital for Children. He is survived by six grandchildren: Jeannie Johnson of Fresno; Athena Bittner of Crescent City; Phillip Haworth of Rapid City, South Dakota; Kylie Stapleton of San Angelo, Texas; and Dillon and Dina Zoë Haworth of Chowchilla. Additionally he is survived by eight great grandchildren: Hasani, Amoni, and Taelor Padgett; Rylie and Ella Stapleton; Vincent and Lilly Haworth; and Liliana Bittner. A graveside service will be held on Tuesday, May 17, at 10 AM at the Chowchilla Cemetery District pavilion, 23369 Road 14 1/2. Viewing will be held on Monday, May 16, at 6 PM at Worden Chapel. He will be remembered as a hard worker, innovator and a lifelong follower of the principles of the Seventh-day Adventist Church.
See more See Less

In Memory Of Elvin Lawrence Haworth