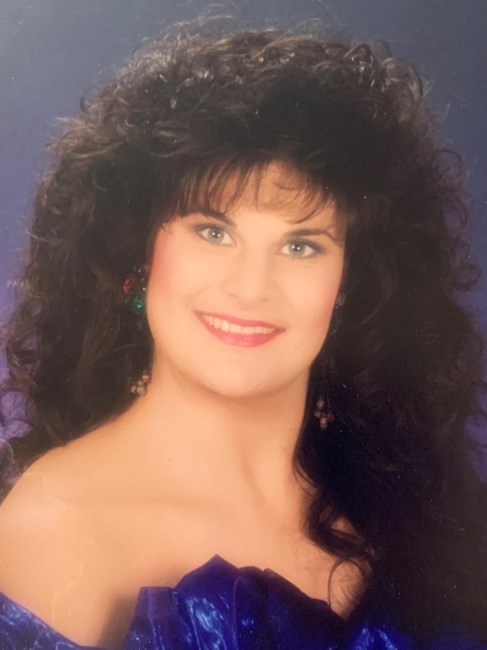 Nina Jo (Jodi) Heffington-Medrano October 5, 1965 – January 30, 2021 Jodi was born on October 5, 1965 to Billy Joe and Nina (Dixon) Heffington. She passed away on January 30, 2021 at age 55. Nina Jo was the third child born to Bill and Nina Heffington at the Davis-Monthan Air Force Base Hospital in Tucson, Arizona. Her two older brothers, Steven and Jeffery, were thrilled to have a baby sister. When she came home the family looked at the precious little baby and decided they could not call her Nina so she lovingly became known as Jodi. She lived in Arizona and Alaska as a young child until her father retired from the Air Force and they moved to Merced. When Jodi was starting third grade they bought land on Avenue 23 1/2 in Chowchilla where she had a happy childhood surrounded by her family as well as her grandma and numerous aunts, uncles, and cousins. Growing up, Jodi made many close friends through her involvement in the United Methodist Church, Job’s Daughters and 4-H. She enjoyed raising pigs on the family farm and showing them at the various local fairs. Jodi graduated from Chowchilla Union High School in 1983. She was known for her quick wit, contagious smile and her ability to make others laugh. She cared deeply for the many friends she attended school with and kept in close contact with them throughout her life. Punctuality was never Jodi’s strong point and caused a few problems for her while attending high school, particularly because both of her parents worked there. She often jokingly said that instead of being sent to the principal’s office, she was sent to her mother’s office, which definitely came with more consequences. Upon graduating from high school, Jodi immediately enrolled in cosmetology school, fulfilling a lifelong dream of becoming a cosmetologist. Her immense talent, feisty personality and her gift for making anyone who came into her shop feel like an old friend endeared her to her many loyal clients through the years. Jodi was the apple of her father’s eye and enjoyed being a “daddy’s girl.” Her mom was her closest confidant and biggest cheerleader. She took great pride in being the youngest child and had deep admiration for her two older brothers. Jodi had many significant roles in her life but there is no doubt that the role she valued most is that of loving mother to her beloved son Matthew. He was her pride and joy. Together they loved everything Disney and watching every genre of movie together. She taught him to crochet and how to make her famous Rocky Road. In turn, Jodi welcomed all of Matthew’s friends into her home and treated them like her own. Her love for AC/DC, her wicked sense of humor and her friendly spirit will live on in Matthew. Jodi was preceded in death by her father, Billy Joe Heffington, her mother, Nina Dixon Heffington, brother, Jeffery Heffington and his wife, Sheila. She leaves behind her dear son Matthew Medrano, her brother, Steven Heffington and his wife Jan and many nieces and nephews. In 1976 Jodi was riding the bus home from summer school when 26 Chowchilla children were kidnapped and buried alive. This traumatic experience affected Jodi for the rest of her life. She, along with fellow survivor Lynda Carrejo Labendeira, became a voice for all of the victims, attending and testifying at every parole hearing. The 26 children, known as Ray’s 26, had a very close, unbreakable bond. Jodi was very courageous and passionate about speaking up for the children of crime. In lieu of flowers, please consider making a donation in Jodi’s name to the National Center for Missing and Exploited Children, 333 John Carlyle Street, Alexandria, Virginia 22314 or your favorite charity. A private graveside service will be held for the immediate family. When it is safe to gather once again a celebration of life is being planned to remember and honor Jodi.
See more See Less

In Memory Of Nina Jo Medrano