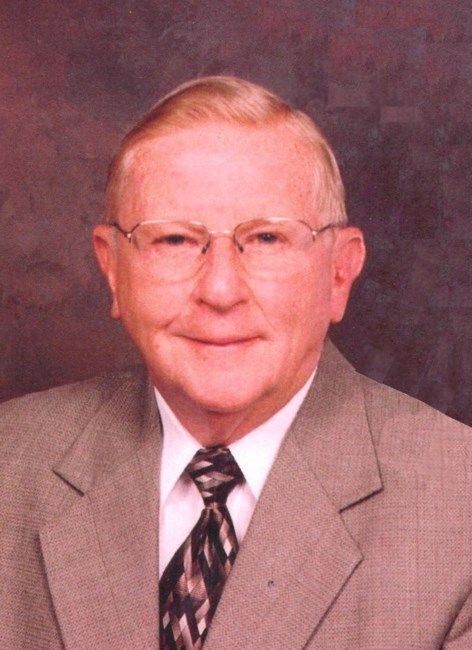 Richard W. Fullen passed away on January 18, 2023. He was born October 28, 1930 in Circleville, Ohio to the late Charles W. and Georgia (Stout) Fullen. He was a 1948 graduate of Circleville High School and a 1952 graduate of The Ohio State University where he earned his Bachelor's of Science degree in Business Administration. He was a member of Kappa Sigma Fraternity, served honorably in United States Army during the Korean War, was a life member of VFW Post 331, and Amvets Post 2256, and a member of the American Legion. He married Margaret Ann Green on November 24th 1955. He retired from first Star Bank (Now US Bank Corporation) Circleville and the Salt Creek Valley Bank in Laurelville, Ohio. Past member of Circleville Jaycees and member of the Circleville noon Rotary Club where he was the treasurer for 50 years and a Paul Harris fellow. Member of St Joseph's Church Circleville where he was a member of the parish council, finance committee, and served as an usher. In addition to his parents, he was preceded in death by his wife of 64 and 1/2 years, Margaret; and brother C. David Fullen. He is survived by his sons, Thomas (Darlene) Fullen of Bellevue, Ohio and John (Mickie) of Tarlton, Ohio; grandson, Jeffrey (Jessica) Fullen of Republic, Ohio; great-grandson Anthony. Visitation will held on Thursday January 26, 2023 from 5-7 PM at Defenbaugh-Wise-Schoedinger , 151 East Main St., Circleville, OH 43113. Mass of Christian Burial will be at 10am on Friday January 26 at St. Joseph Catholic Church, 134 W. Mound St, Circleville with Fr. Ted Machnik the celebrant. Interment to follow atSt. Joseph Cemetery, Circleville. Visit www.schoedinger.com to share a favorite memory or extend condolences.
See more See Less

In Memory Of Richard William Fullen