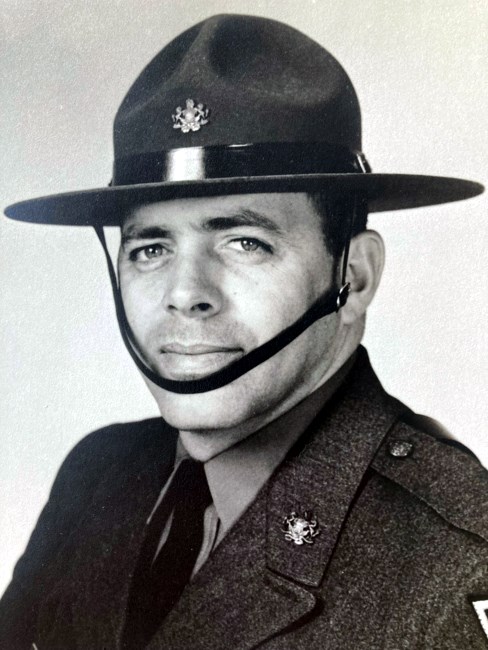 Thomas Bailey Hartsock, 88 of Mechanicsburg, PA and formerly of Clearfield, passed away on Tuesday, August 2, 2022 at Penn Highlands – Clearfield. Born in Philipsburg, PA on June 14, 1934, he was the son of Maurice and Elizabeth (Bailey) Hartsock, Sr. He was a 1953 graduate of Clearfield Area High School where he was a varsity letterman in football, track, and wrestling, earning the title of District 9 Wrestling Champion. Thomas was an Army veteran, serving his country during the Korean War. He was a member of the 559 Military Police Honor Guard Company. On February 24, 1962, he wed the former Bonnie Wilson in Westside United Methodist Church. In June of 1960, he graduated from the Pennsylvania State Police Academy, and retired in 1978 after 18 years of service as a Corporal and Assistant Department Manager of the Criminal Records Department. After his retirement, he accepted a position with ABF Freight System, Carlisle, PA. He retired for a second time, from ABF after 20 years of service as the Regional Safety and Security Director. As a “fun” job, he accepted employment with Enterprise Car Rental as a driver. Thomas was a 60 year member of the Robert Burns Masonic Lodge #464 and The Valley of Harrisburg Consistory. He was also a member of Tall Cedars of Lebanon, #43 Harrisburg, PA State Police F.O.P. Lodge #41, Retired State Police Assoc. of PA, and American Association of State Troopers, a 40 year member of the Clearfield Elks, Lodge #540, Golden Bison Club of Clearfield, Clearfield Fire Company #1 and lifetime member of the Clearfield Fire Department. He was also a past PIAA official for football and wrestling. He is survived by his wife, Bonnie of Clearfield, two daughters, Carrie Ball and her husband, Alan of Mechanicsburg, PA and Holly Colafella and her husband, Steve of Pittsburgh. Also surviving are eight grandchildren, Lauren Ball, Madison Ball, Connor Ball, Kiersten Ball, Olivia Colafella, Christian Colafella, Luca Colafella, and Gigi Colafella, one brother, Norman Hartsock and his wife, Joan of Indianapolis, IN, and numerous nieces and nephews. Thomas is preceded in death by his parents, and two brothers, Maurice Hartsock, Jr. and James Hartsock. Friends will be received at The Bennett & Houser Funeral Home, Inc., 312 E Locust St., Clearfield, PA on Monday, August 15 from 11 a.m. – 1 p.m. Funeral services will follow in the funeral home at 1 p.m. with Rev. John White officiating. Interment will follow in Hillcrest Cemetery, Clearfield, PA. Memorial contributions may be made to either The American Heart Assoc., 1019 Mumma Road, Wormleysburg, PA 17043 or the Clearfield Fire Department, 108 Cherry Street, Clearfield, PA 16830. Fond memories and expressions of sympathy may be shared at www.bennettandhouser.com for the Hartsock family.
See more See Less

In Memory Of Thomas Bailey Hartsock