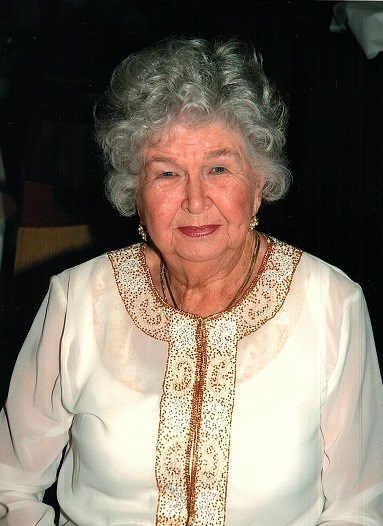 Betty Jane (Amburn)Coburn was born in 1924 in Ducktown, TN to Muriel (Anderson) and Earl Amburn. She lived there as a child when during the Depression the family moved to Detroit and St. Louis finally settling in Philadelphia, PA. She attended Jr & Sr High School in Philadelphia and did some of her undergraduate work at Temple University. She married Roy Mateer of Philadelphia during WWII in Annapolis, MD. They settled in Philadelphia after the war. Eventually they moved to Willingboro, NJ Where they adopted a daughter, Linda Jane (Farver). They moved several times and welcomed a daughter Denise Elizabeth (Urban) four years later. In 1973 they moved to Orlando Florida where Betty pursued her lifelong dream of becoming a Nurse. She practiced most of her career in the Home Healthcare field until her retirement in 2002. She resided in Mountain City, TN for 20 years retiring to St. Petersburg, FL. Her husband Roy passed away in 2003 and in 2008 she met and married Robert Coburn a retired minister and educator from Beckley, West Virginia. They resided in Palm Harbor until the time of her death.

Betty was a lifelong member of the United Methodist and Baptist Church and taught Sunday school for many years. She was also a Brownie Troop Leader, active in the Women’s Club of Mountain City, TN, and served as an officer in many charitable and philanthropic groups.

In Memory Of Betty Jane Coburn