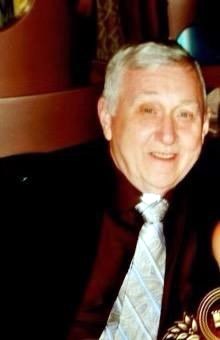 Harley E. Evans, age 83, of Palm Harbor, Florida, passed away on Monday, January 23, 2023. Harley was born February 11, 1939, in South Bend, Indiana to the late Harley E. and Geraldine (Mossman) Evans. He graduated from Washington Clay High School and later enlisted in the US Navy, where he served honorably until his discharge in 1960. He is survived by his ex-wife Suellen Evans-Dowe of 42 years, and their children: Anthony Evans, Kimberly Evans & (Christopher Schultz), and Dr.Kelly & (Randy) Hansen. His grandchildren are Madison &(Anthony) Szeltner, Mallory & (Austin) Ryan, Hannah Hansen, and his great-grandson, Oliver Ryan. All of his family resides in the Clearwater, Fl area. He is also survived by nieces and nephews in South Bend. He was preceded in death by his parents and his sister, Dorothy Jean Bonk & (Leonard). Visitation will be held from 10 am-11 am Friday, February 3, 2023, at Wells and Cruz Family Funeral Home (formerly Goethals and Wells). A Mass of Christian burial will follow at 11:00 am Friday, February 3, 2023, at St. Joseph Catholic Church, Mishawaka, Indiana, with Rev. Christopher Lapp presiding. Following the Mass, Harley will be laid to rest with Military Honors at St. Joseph Valley Memorial Park, Granger, Indiana. The Torrington Company employed Harley for over 20 years as a machine operator, and later owned Harley's Lincoln way Grill in South Bend before moving to Florida at the age of 54. He was a longtime member of the American Legion Post #7 and was a faithful attendant at St. Catherine Catholic Church. In his spare time, he enjoyed hunting and fishing and was an avid fan of Notre Dame Football and the Chicago Cubs. He loved going to Las Vegas, playing slot machines, going to Octoberfest, and listening to polka music.
See more See Less

In Memory Of Harley Edward Evans