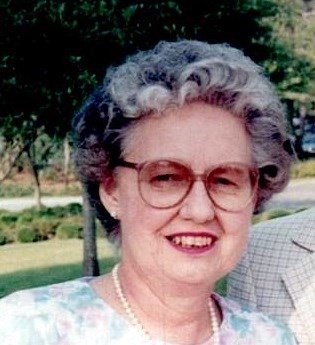 OBITUARY Nancy Louise Ferguson, age 93, of Clearwater, Florida, passed away on May 8, 2022, at Regency Oaks in Clearwater. She was born in Pittsburg, PA, and was the daughter of Lewis and Margaret Adams. After graduating from high school, Nancy moved with her parents to Florida, where she met and married John Ferguson, Jr. who was in the Air Force. While in the Service, they lived in many different states and Europe, finally returning to Florida. After being a homemaker for over 20 years, she went to work for A. C. Nielsen's in Dunedin, FL in 1971. She retired in 1994. She is survived by 4 children: Peggy (Gary) Nelson of LaCrescent, MN; Sharon (Jon) Casey of Wakefield, RI; Lori (Bill) Teater of Cincinnati, OH; and John Ferguson of Clearwater, FL. She is also survived by 5 grandchildren: Teri Nelson, Rachel Casey, Michael Casey, Samantha (Harold) Albert and Stephanie (Trent) Muehlenkamp; 4 great grandchildren: Cameron, Mason, Bryson, and Max; and a sister-in-law, Elizabeth Chambers. She was preceded in death by her parents; her husband; a daughter, Jacquelyn Ferguson; a grandson, Timothy Nelson; her in-laws, John and Grace Ferguson; a half-sister and her husband, Luella and George Chamberlain; and a brother-in-law, David Ferguson. The family would like to thank the workers at Regency Oaks for taking care of our mother in her final days. At the request of the family, the service will be private only. Mom will be greatly missed by all who knew and loved her. T
See more See Less

In Memory Of Nancy L FERGUSON