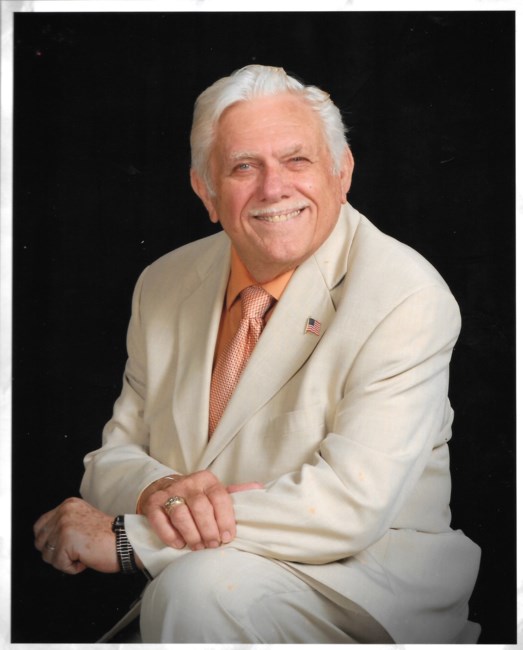 Richard Clark, 91, went to be with his Lord and Savior, Jesus Christ, on March 29, 2022. Born in Dundalk, MD, he was the first of three children born to Charles and Agnes Clark. He moved to St. Petersburg at age eight and graduated from St. Petersburg High. A Sea Scout, he had a great love for the ocean and sailed the waters of Tampa Bay for most of his life. In 1958, Richard married Kathleen and they shared four children: the late Matthew, Chris (Ann), Denise and David. Richard had four grandchildren: Joshua, Kaitlin, Alex and Jonathan, and four great grandchildren: Haley, Emily, Madison and Liam. Richard owned and operated AB &F Upholstery in Dunedin which opened in the early 60’s. Upon retirement, Richard fulfilled a lifelong dream of traveling with his wife Kathy; together, they visited all but four states. He spent the latter part of his life volunteering at his beloved Church as a Lector, Eucharistic Minister and Usher. For decades, he volunteered at St. Vincent de Paul Soup Kitchen and Thrift Store. Richard’s walk with God and the Church began at St. Mary’s in St. Petersburg where he served as an altar boy. Richard was passionate about his family and fervent in his faith. He was loved by his family and his Church family. He will be sorely missed as he joins those who went before him in faith. In addition to his wife, children and grandchildren, Richard is survived by his brother Wayne (Walt) and sister Carol. A Mass will be held on May 14, 2022, at 11 AM, at St. Michael the Archangel, 2281 State Rd. 580, Clearwater, with interment immediately following at Sylvan Abbey.
See more See Less

In Memory Of Richard Clark