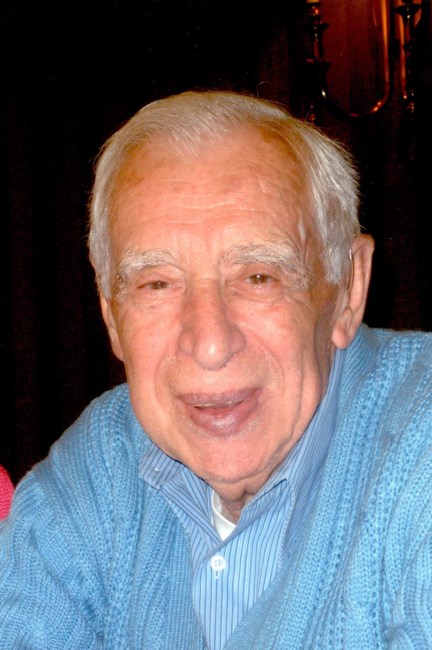 Alan Edelman born March 3,1924, died July 28, 2022.A remarkable and inspiring life has come to an end with the passing of Alan (Aaron) Edelman at age 98. Alan, the youngest and last surviving of five children, was born in Vilejka, Poland to Shaya and Nechama Edjelman. He spent his teenage years exiled in Siberia with his mother and older brother Nat. After the war they immigrated to the United States on December 25, 1947, to join his sister Anya (Zigmond Beatus). After a brief time in New York, he met his first wife, Lynn (Silberger), and moved to Cleveland, where his father-in-law got him started in the hardware supply industry. In 1952, Alan started Edelman Plumbing Supply, going in to work daily until he turned 94. He was a founder and board member of the West Side Temple, prior to moving to the East side in the early 1960’s and becoming actively involved with Temple Emanu El. Despite experiencing the horrors of World War II, Alan always saw the rainbow and the good in people. He ran his business on handshakes – he felt a handshake was worth more than any contract. Every day was the best day; every meal the best meal. Family was the most important thing in his life, taking precedence over everything else. He outlived his second wife, Marilyn (Meyers) and leaves behind his wife of 39 years, Jacqueline (Goodman). Carrying on his legacy are his children Sheldon (Connie) and Laura Edelman Leventhal, grandchildren David (Carrie Gladstone), Dan (Gina), Rachel (Rene) Maan, Jordan (Julie) Leventhal, and Sari (Dan) Stone, 7 great grandchildren, and an extensive family of step children, grandchildren and great grandchildren. Graveside services will be held Sunday, July 31 at 11 AM at the Hillcrest Memorial Park (Temple Emanu El section). Family will receive friends at the residence of L. Leventhal 29966 Bolingbrook Rd. Pepper Pike, OH. SUNDAY FOLLOWING SERVICES UNTIL 3 PM, SUNDAY EVENING AND MONDAY EVENING 7 PM-9 PM. Friends who wish may contribute to the charity of choice. Family and friends who are unable to attend the service, may view it beginning Monday, August 1 by going to YouTube (enter under search: Alan Edelman Funeral Service)
See more See Less

In Memory Of Alan Edelman