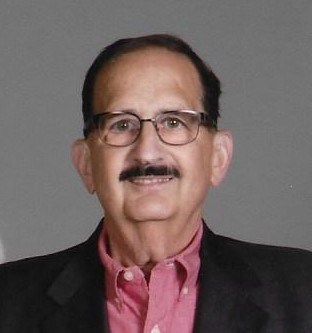 Steve was called home on June 2 after a battle with Alzheimer’s disease. He was surrounded by his loving wife, Carolyn who would have celebrated their 40th wedding anniversary on June 7, daughter Laura Marie Ballard, son, David, daughter in law Ginny and grandson Barrett Steven Greenberger. He was preceded in death by his parents Sol and Ruth Greenberger .

Steve worked for many years in development design and construction services. He was Vice President of construction for Westfield, LLC. His favorite projects were new construction in the Airport Division including Boston Logan, JFK, Newark, Houston and Chicago O’Hare International Terminal 5. He also worked for Sterling Jewelers, Stouffer Restaurants, and Continental Restaurants. In Steve’s free time he spent many hours with his family including Boy Scouts with son and taking daughter to horseback riding lessons and competitions. He was at every swim team meet and where ever Aurora’s band was playing to watch one particular flautist and one particular percussionist perform. He loved to travel with the family and had many adventures in Europe and the Caribbean with his wife. His greatest joy was to be with his family and his baby grandson, Barrett Steven Greenberger.

There will be a memorial service on July 17 at The Church In Aurora at 11:00 A.M. 146 South Chillicothe Rd., Aurora, Ohio. Donations may be made to the Alzheimer’s Association or Western Reserve Hospice.

Fond memories and expressions of sympathy may be shared at www.berkowitzkuminbookatzfunerals.com for the Greenberger family.

In Memory Of Steven Alan Greenberger